I think anyone that has been reading my blog would know Angelic Pretty's print series Astrology is not really my cup of tea, but let's talk about it anyway! 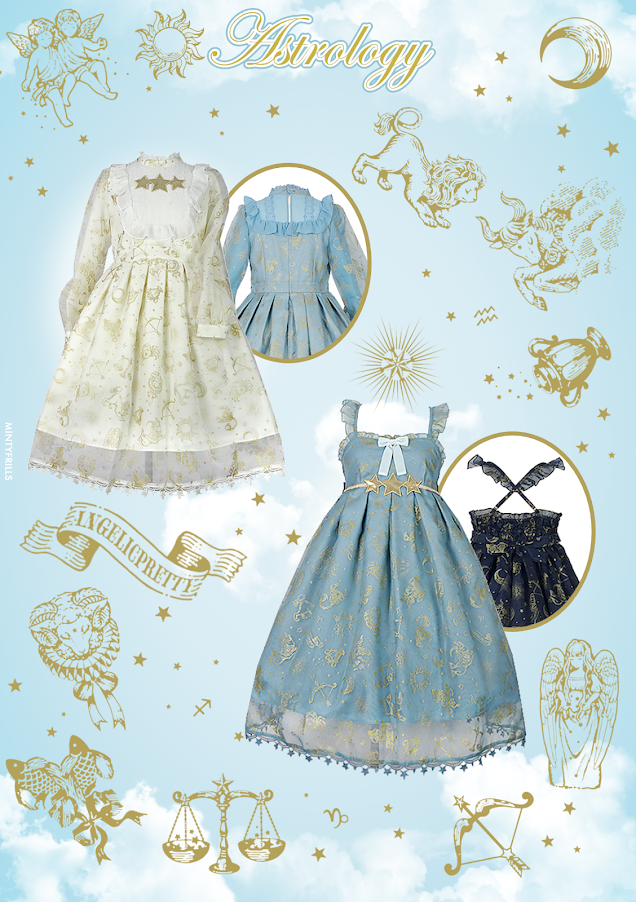 The illustration style for this print looks like liquid ink illustrations and they are arranged in a non-directional all over pattern. It features all the zodiac signs along with angels, a sun, a moon and a banner with Angelic Pretty written on them. I think this kind of shiny one color print works well with being printed on the thin overlay fabric though I don't really like how far down it hangs from the bottom. I feel like there should maybe be some more lace on the part under it to make it look better. 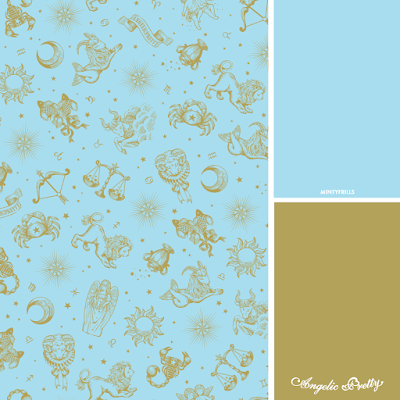 The dress was released in two cuts and four colors; white, blue, navy and black. I think the blue would be hard to make varied coordinates with, it mostly would go with cream and gold. The white would probably be the easiest to make varied outfits with since it's pretty neutral. I don't like the style of collar that the OP has and the stars placement feel a bit random. 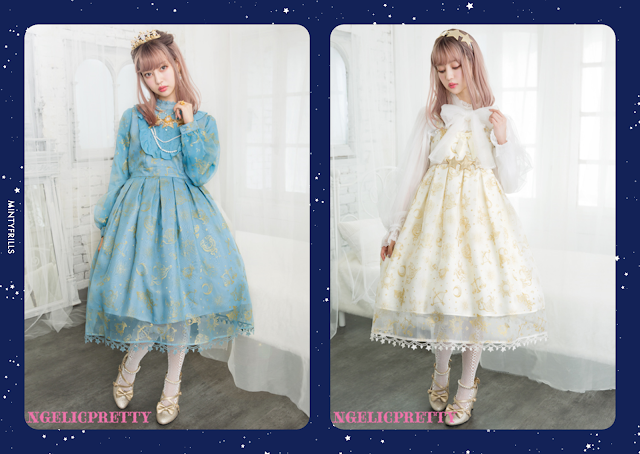 They also released a special set version of the jsk in this lavender color that is by far my favorite from this print series. I think its because the print is in silver instead of gold. 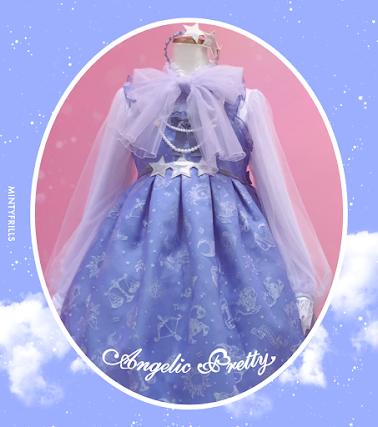