Made this cute video from the valentines meet-up!

Gothic Lolita is one of the three main Lolita styles (the others being sweet and classic). It is characterized as being related to western goth style and it has an overall dark and black look. Black is the most common main color for Gothic Lolita but white, jewel tones, silver and gold. Prints often contain gothic motifs such as crosses, castles, coffins, roses and bats. Platform shoes and high heels are used rather than teaparty shoes. Gothic Lolita used to be well known for its black with white lace look but after Gothic had been the most popular style for a while all the cheap badly made clothes that were trying to be lolita (horribly) started to try and copy that look and it lots all popularity due to being associated with this failed beginner look. I think the old school gothic look still hold up though if anyone wants to try and pull it of!

The biggest brands are Moi Meme Moite, h.Naoto, Atelier Pierot, Chantilly and Atelier Boz. Moi Meme Moite is the brand owned by gothic lolita fashion icon Mana, he is a famous visual kei artist that used to play in Malice Mizer and later in his own project Moi Dix Mois.

I made a collage to help you get the general feel of the style visually: 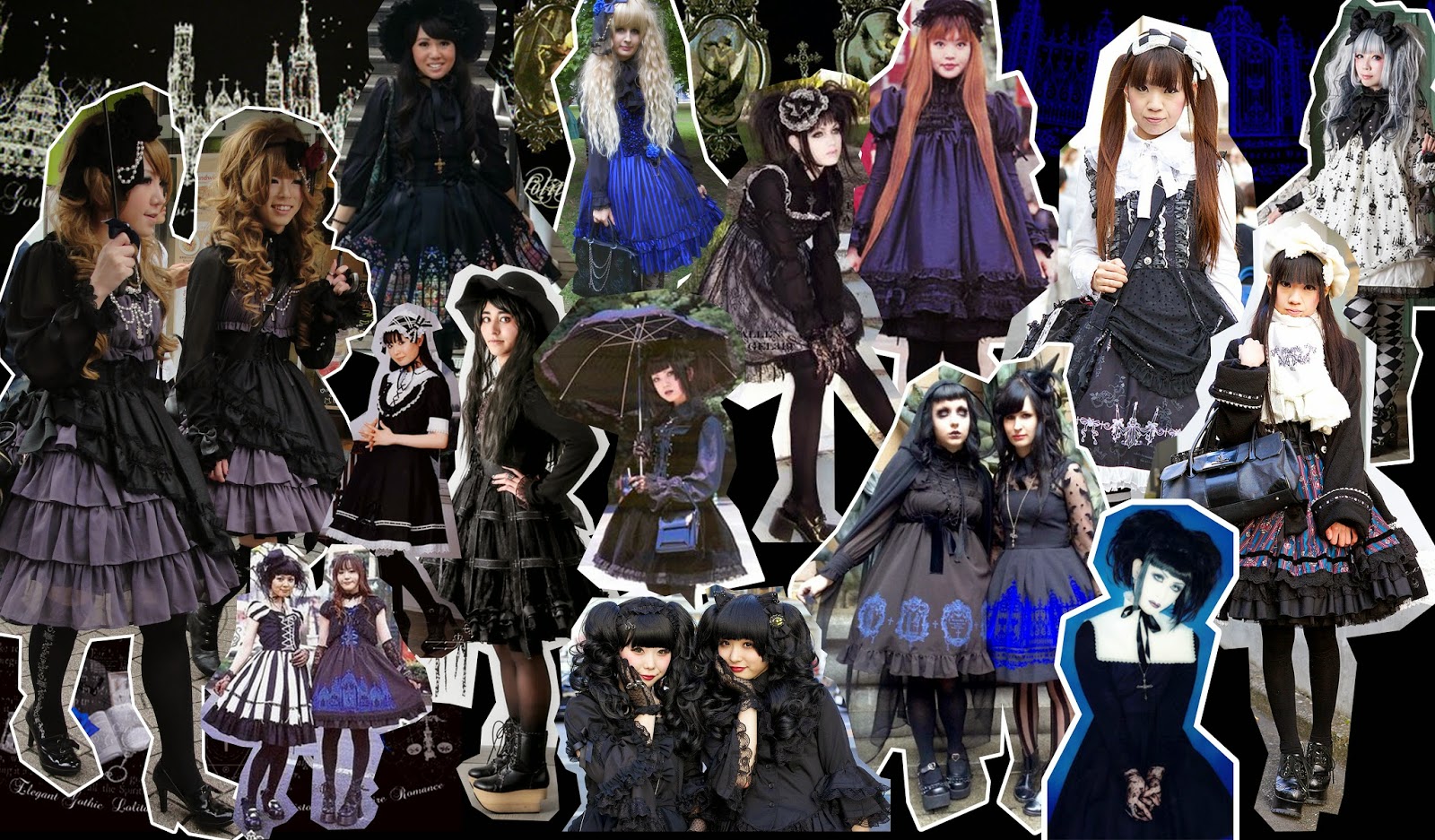 None of these are any rules of the style, just descriptions of whats common so that you can get an idea of what the style looks like, so don't be afraid to experiment!
//Love Minty 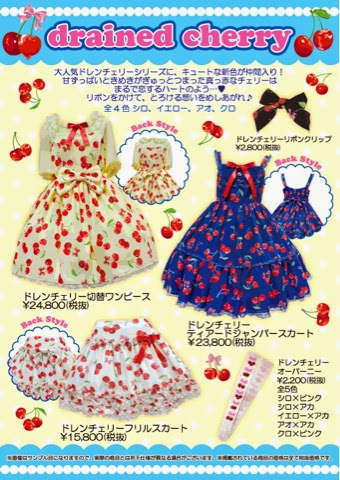 Angelic Pretty are doing a re-release of drained cherry this week! I have to say that I didnt like it at all when it was first released and I still dont like it now. There are a hundred prints I would rather see them do re-releases of. Im starting to get really curious about which prints will cone up next since I will be in their San Fransisco store in one month, hope they will have some good stuff in!! 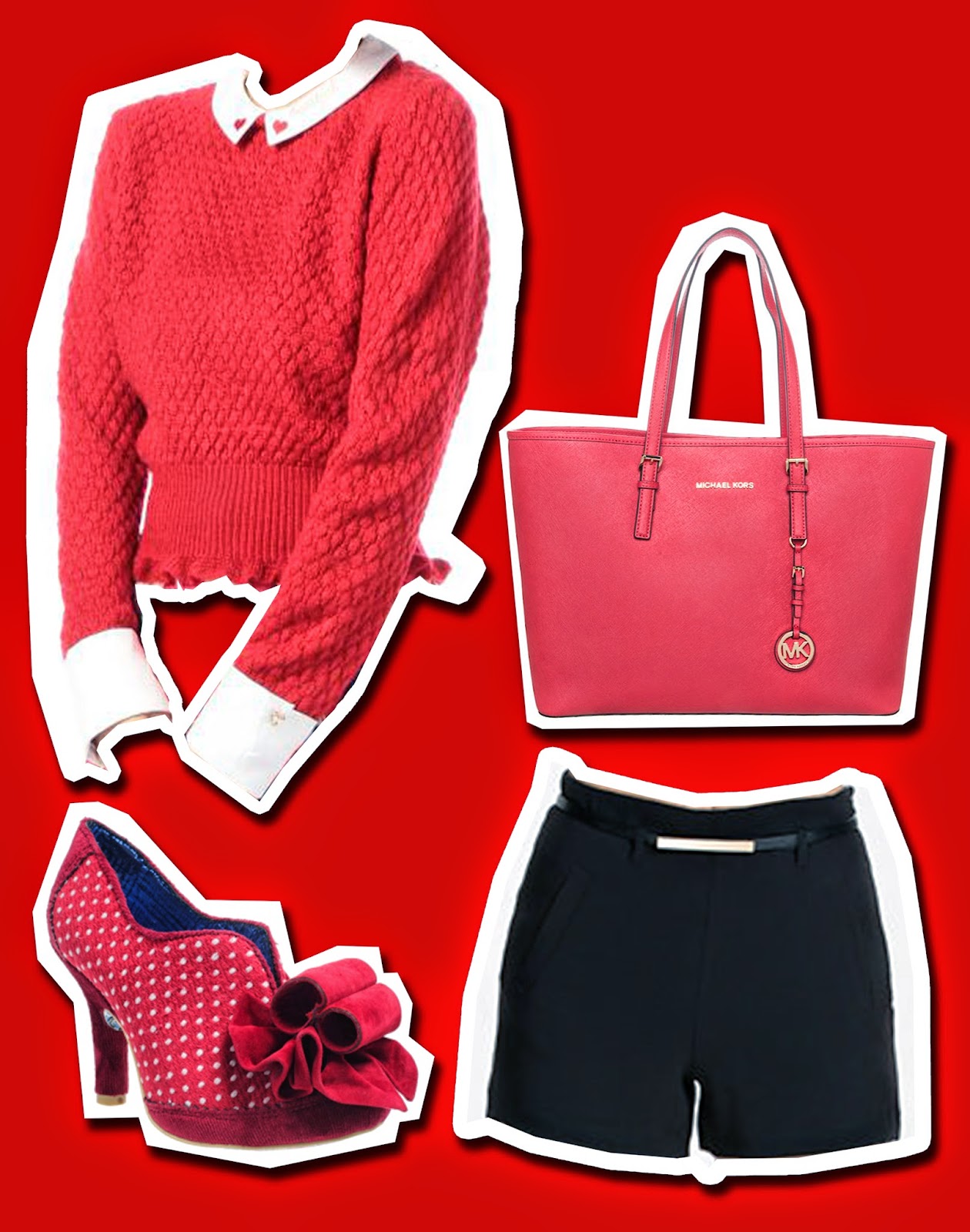 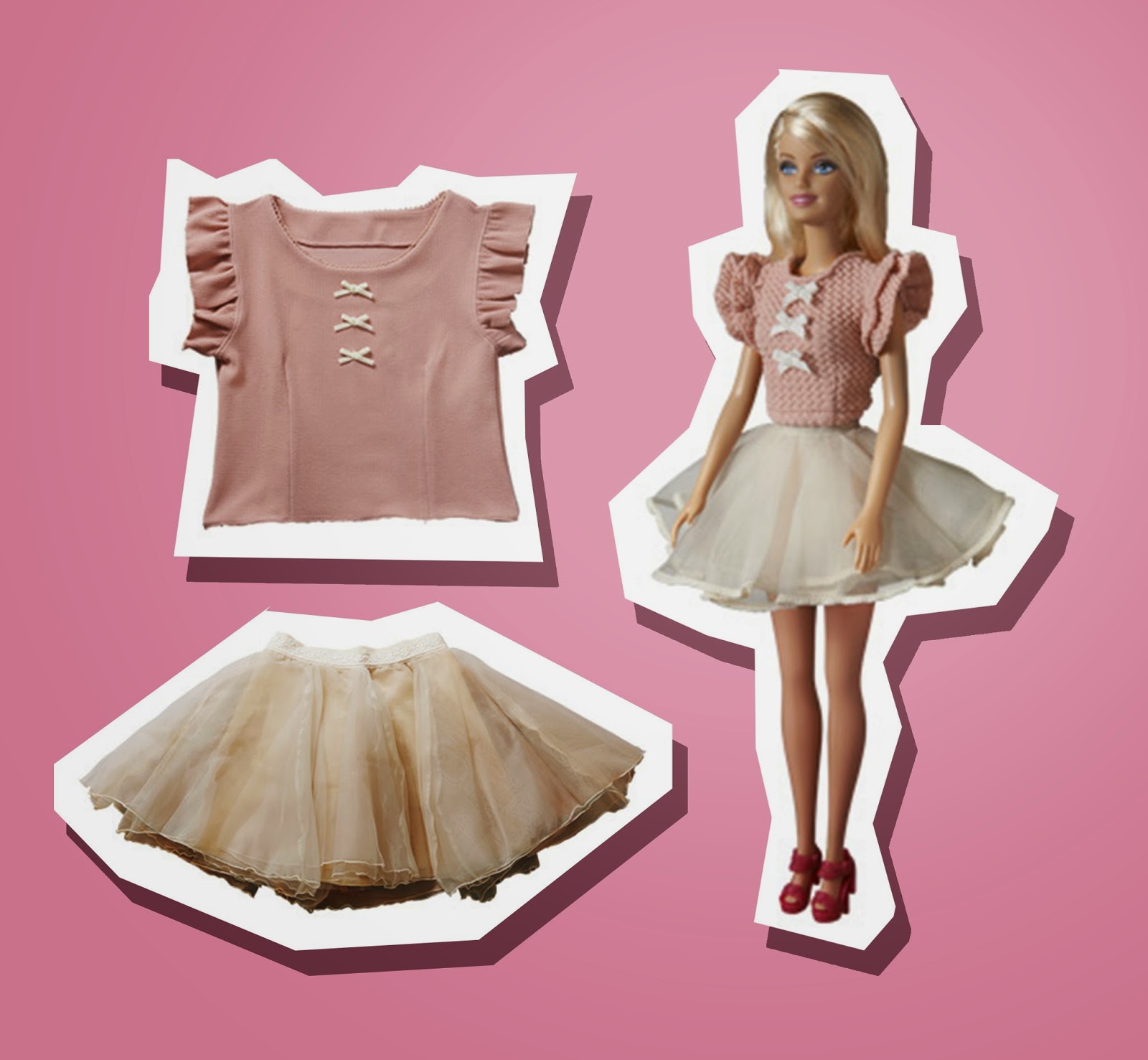 Evelyn also made a cute Barbie collab for the Laforet event, but for this one the same clothes are also available in human size. So if you want to have a matching clothes with a Barbie you should totally check it out! I wish Baby the stars shine bright would of had a clothes matching with their Barbie also. 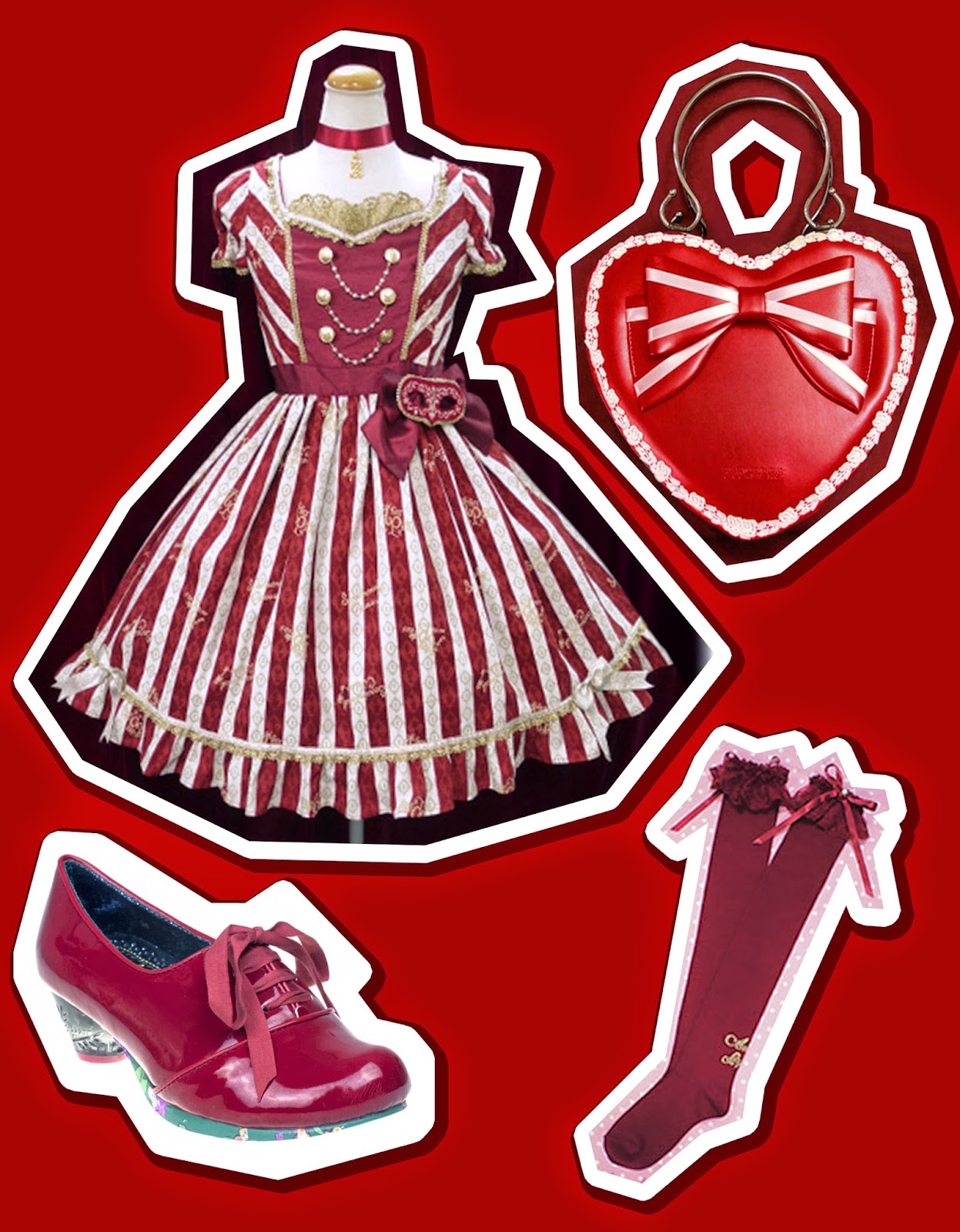 Simple coord that would be really lovely for a valentines coord, dress and bag from baby the stars shine bright, shoes from irregular choice and socks from Angelic Pretty. I'm working on some more valentines coords! 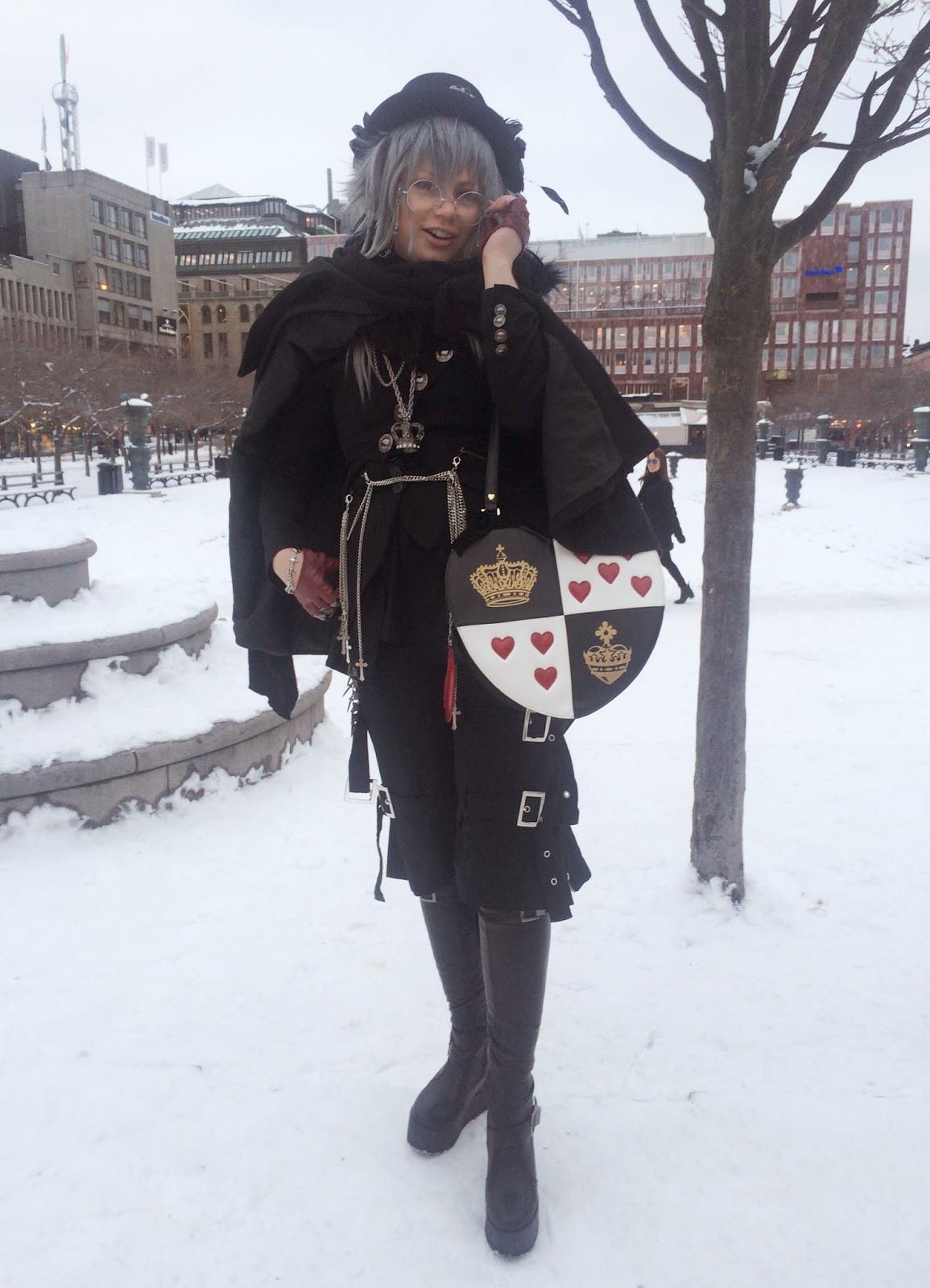 My friend Teppo looking awesome in her visual kei outfit, always ott yet on point! Gorgeous necklace from Vivienne Westwood as always and heart purse from Angelic Pretty. All over a great look! 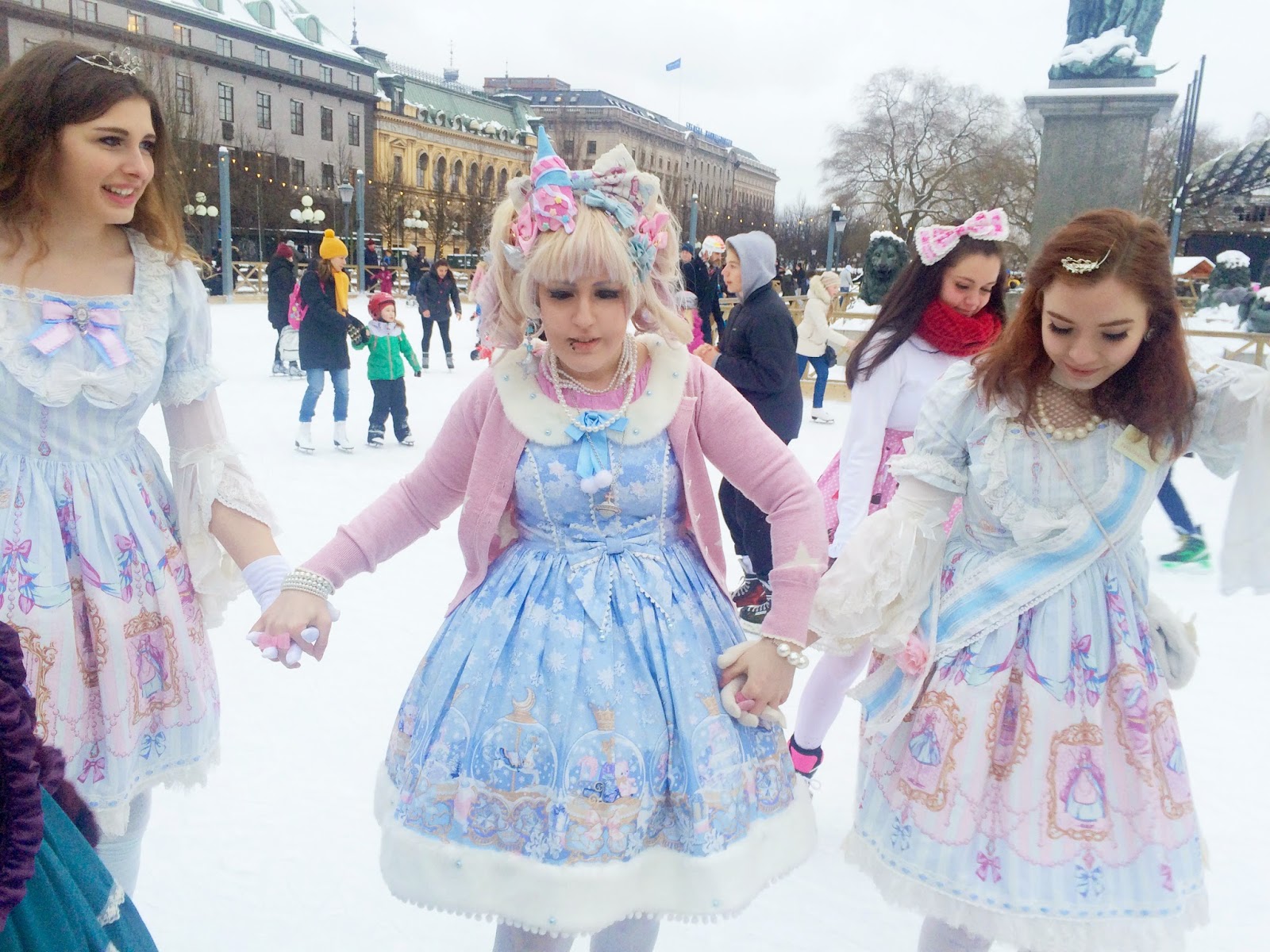 Me in the middle wear Sugar Dream Dome from Angelic Pretty, I feel that it really went with the theme. I can not skate at all. But I was lucky that these lovely boys twining, Gabriel and Jacob, helped pulled me along out on the ice! (as you might of seen in my video) I had so much fun and everyone looked lovely! I'm happy that so many showed up, I'll see if I can snag the group photo that an other girl took later. I should really take the time to learn how to skate though. 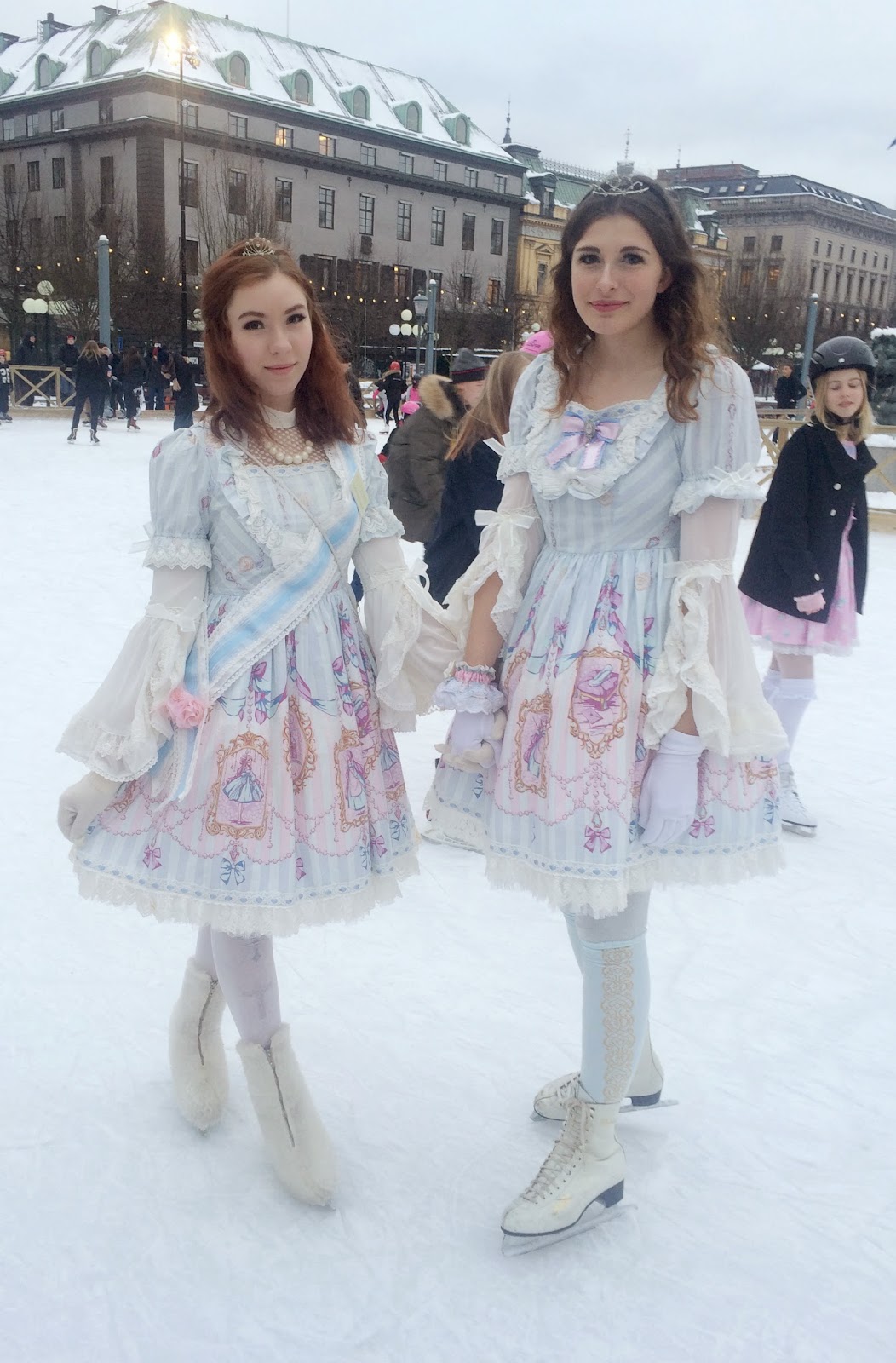 Lolita Lesson #1: what is lolita?

Lolita is a fashion style and subculture that started in Japan that started late 70s. The style is inspired by Victorian children and doll clothing. The style is classy, stylish and cute. Lolita is not meant to be sexy and has nothing to do with Vladimir Nabokov's book 'Lolita'. The basic Lolita shape is covered and classic on the top and with a puffy knee length skirt. Lolita fashion has changed a lot since its start and developed into a world wide subculture! 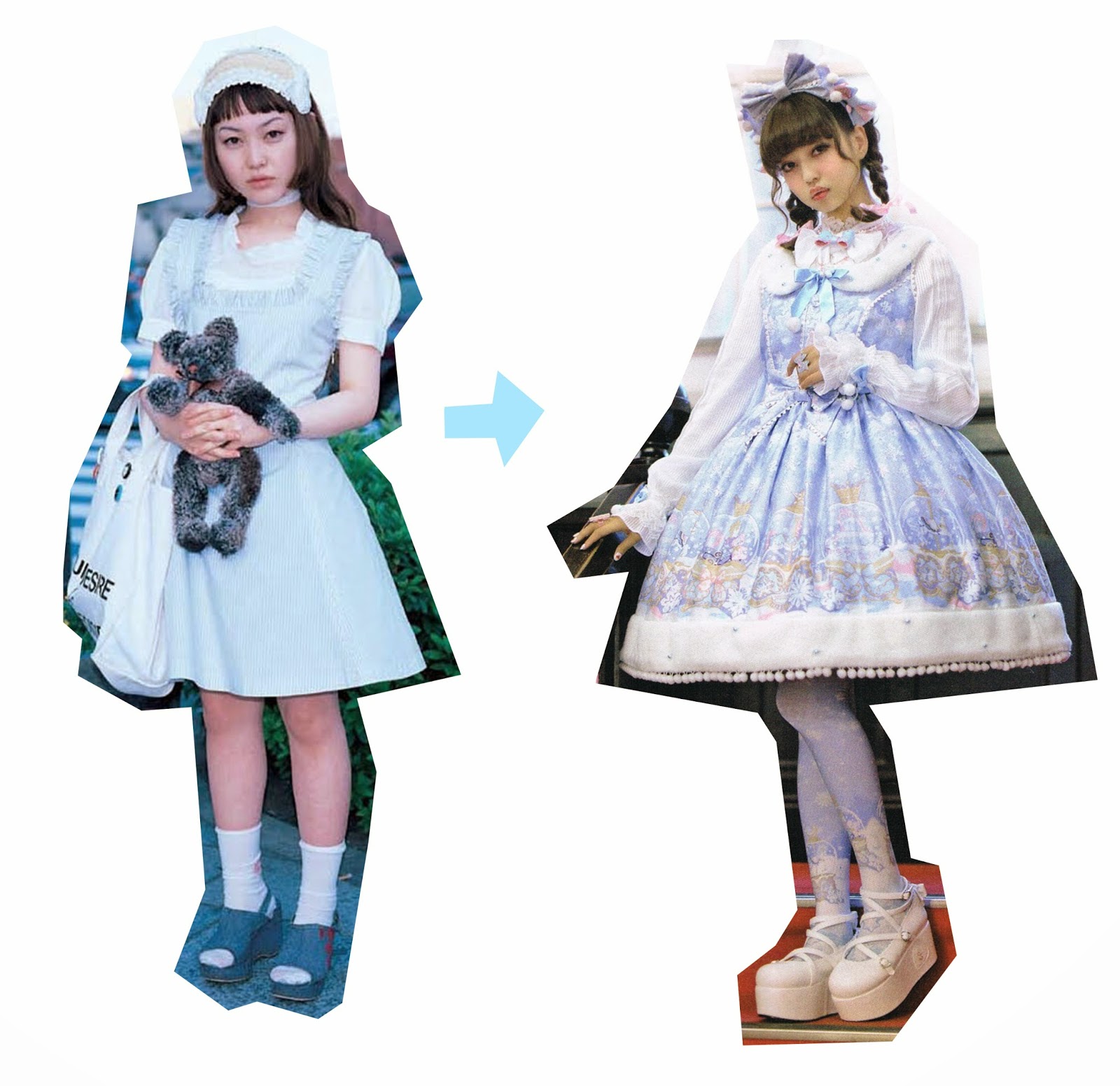 Skirts got bigger and more cupcake shaped, square headdresses changed into headbows. Prints got more and more detailed. Simple knee-socks changed into detailed print stockings. I will make a series of guides about Lolita fashion so check back here!

There is much to learn about the basics of Lolita I thought I would leave you with some great videos about Lolita to watch! 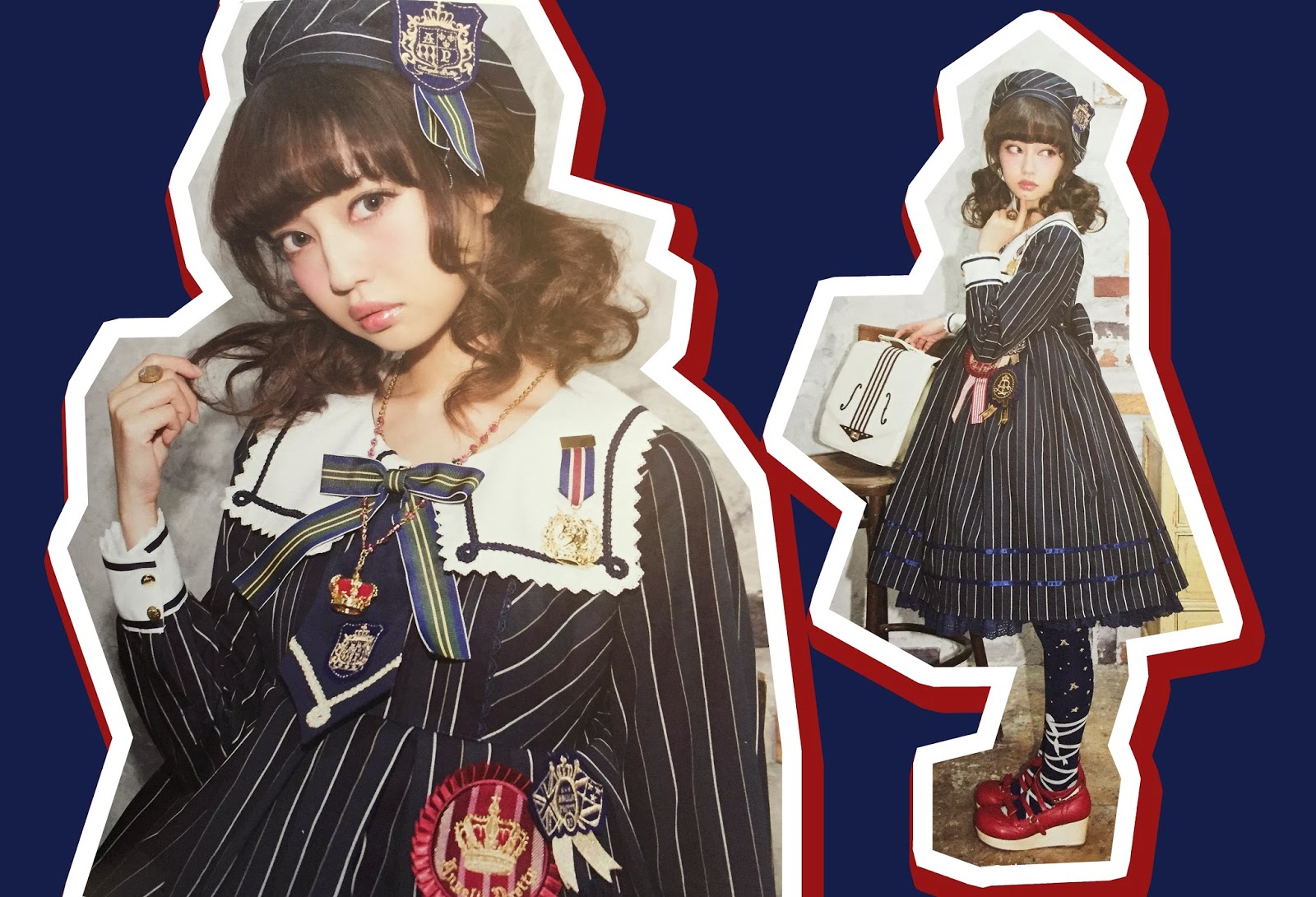 Angelic Pretty will be releasing this lovely dress, I think this would work great as a more casual look when you want to wear Lolita but still look a bit professional. The extra pins and beret really complete the look! 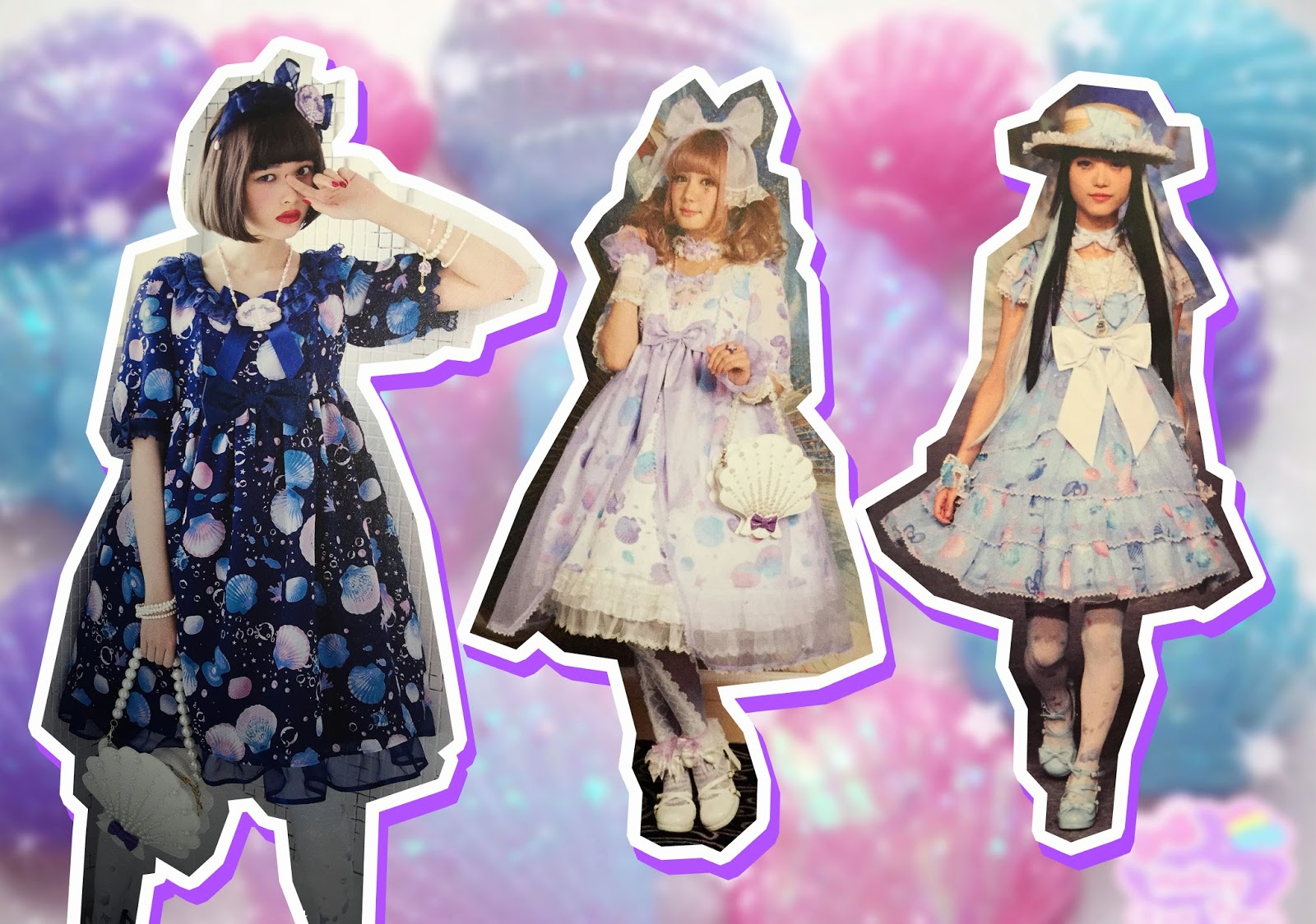 The other marine print coming out, I think there is a nice contrast between this one and the other marine theme print Marine Kingdom. This print, called Dream Marine, is much more simple but I think its in a really good way. Angelic Pretty has done mermaids before but I don't remember them doing a seashell themed earlier. The colors look amazing, I don't usually like pastel prints in dark colorways but from the ones shown the navy is actually my favorite! The far right cut in navy would be my pick! (With the hat and all) 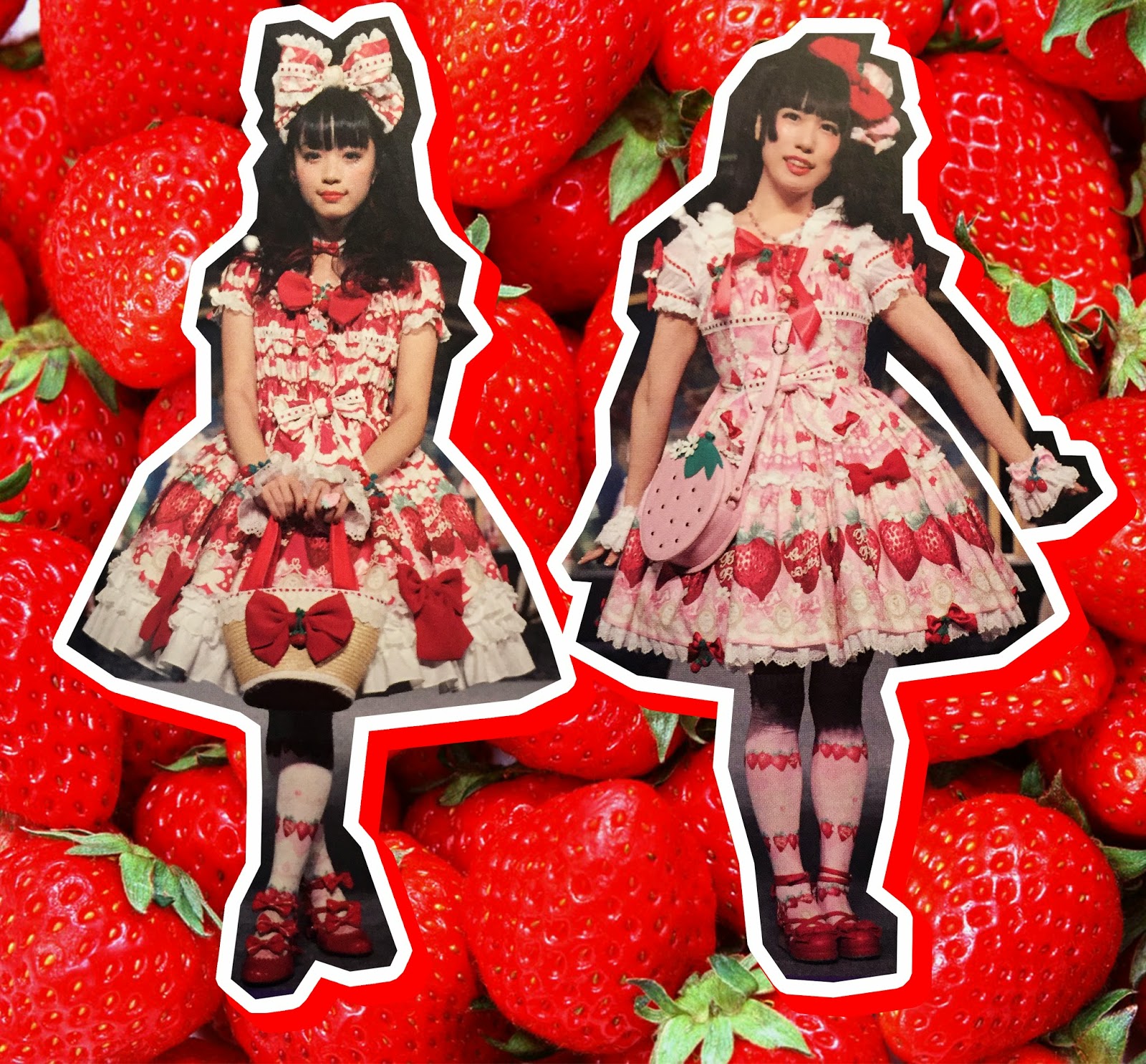 Angelic pretty are releasing a new strawberry collection called Melty Berry Princess and I love love love it! The strawberries look so cute and I love all the frills on the OP, its fun that they have been doing more interesting cuts for their print dresses! Its cool that they are doing a new version of their popular strawberry bag (that bodyline also did a copy of). I have the old one so if I get this dress it would be a new chance to use it. Also did you notice that headbow? Its huge!! Hope they will do more headbows like this.

I really like this dress, though I must say that the name reminds me of berry princess in Adventure Time, watching too many cartoons.~ 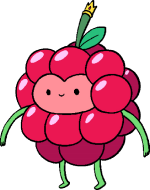 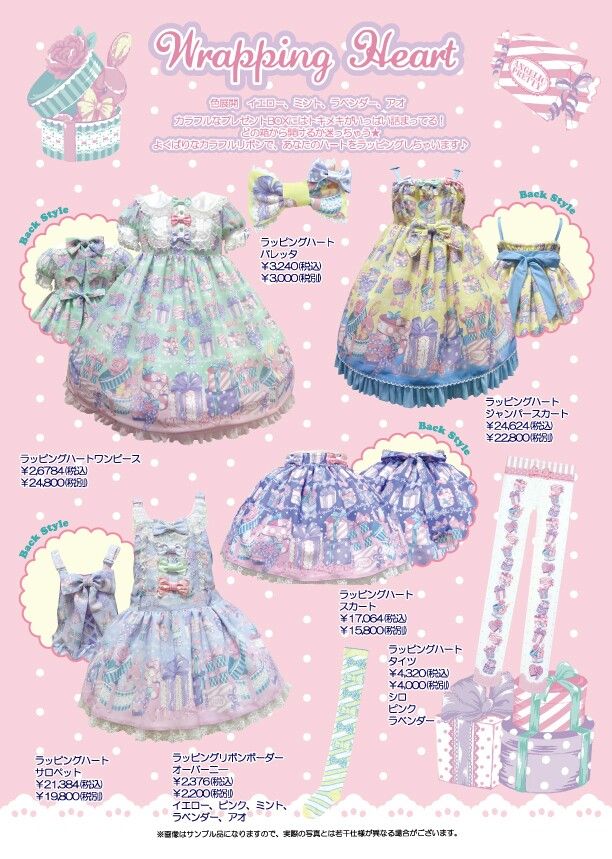 Now we know that the next print out is Wrapping Heart! I really love the look of it, my favorite is the mint OP. Highwaisted OPs look so cute, the different colored ribbions and neck bow are nice details. Who will be staying up to get this print? 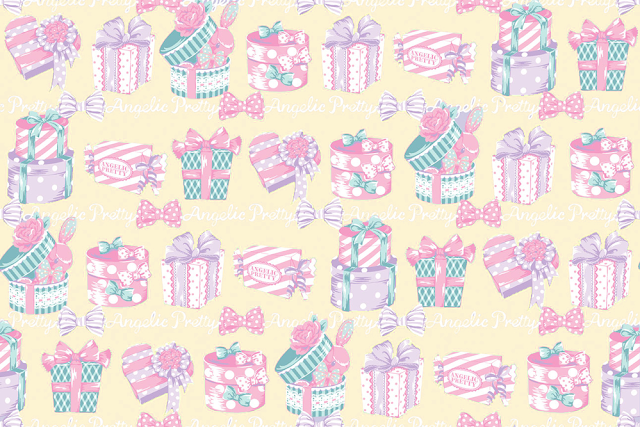