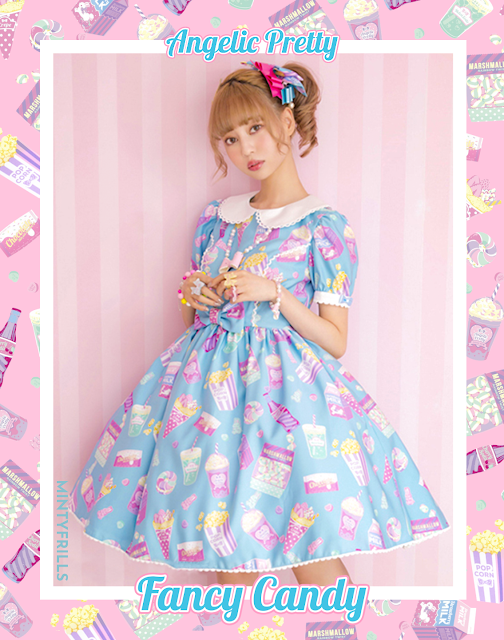 Angelic Pretty recently released Fancy Candy, a fun and colorful print series that feels really fresh. I love colorful high contrast prints and candy packaging and other treats is a really nice theme. Lots of fun accessories one could make to match with this! 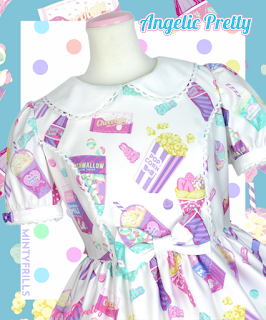 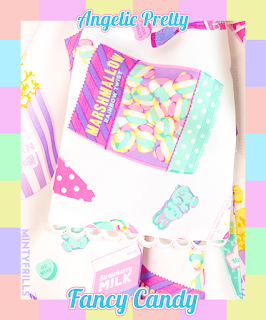 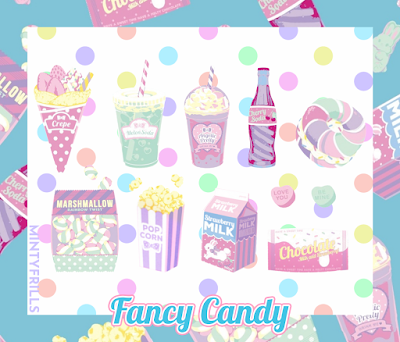 The print has a lot of fun motifs, even though Angelic Pretty often does dessert and candy themes dresses this one has some new ones! I'm pretty sure I haven't seen rainbow bagels on a lolita print before. The crepes, melon sodas and milkshakes are sooo adoreable! 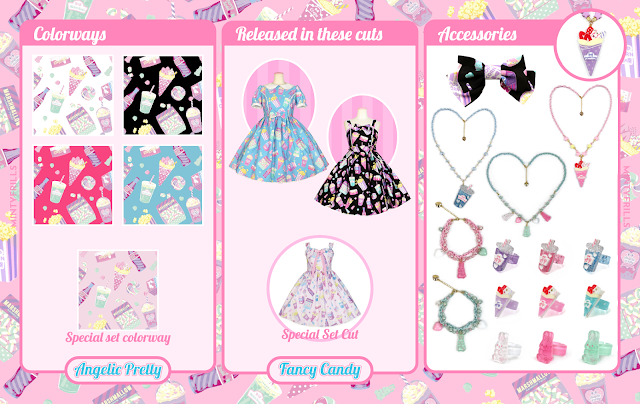 I was released as a collared OP and a pretty simple jsk. There was also a special set released with another jsk cut in a very sweet pastel pink. I'm very happy to see Angelic Pretty making more acrylic jewelry again, its been a while and what a perfect print to make those for. I heard that they had hired someone new that designs jewelry now and I look forward to seeing more. 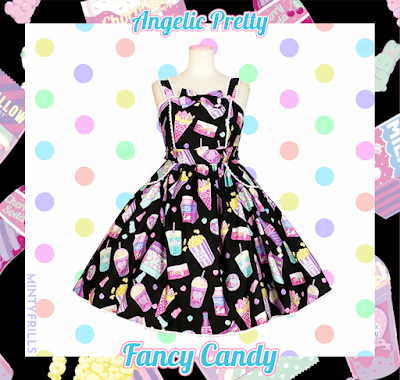 Prints like this can look pretty cool on black since it really makes the colors pop, but its generally not my kind of thing. Look forward to seeing the coords others will make with this colorway though. For the black colorway I would definitely go with the jsk for more coordinate options. 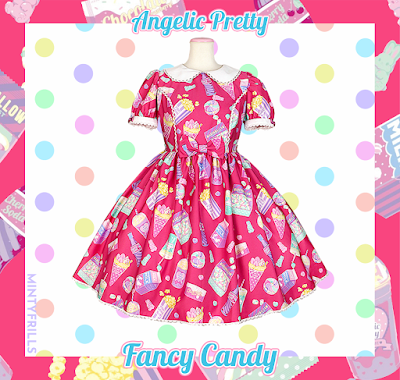 The red is hard to coordinate but if you pull it off it can look really awesome. 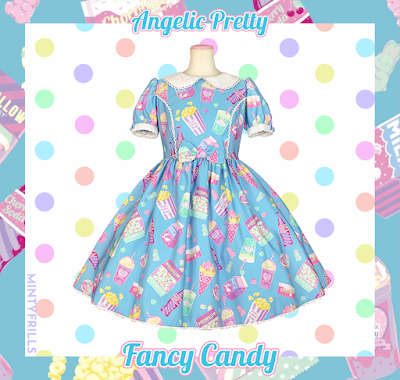 The mint version looks really cute and bright, I'm curious to see what the color looks like in real life because this looks like an additional other shade of mint, again. Like this is actually getting ridiculous, talk about 50 shades of mint. I really like the white colorway, even though I usually avoid white with how bright and big the pattern is I think it really makes it pop. I might actually like the white colorway more than the mint one. 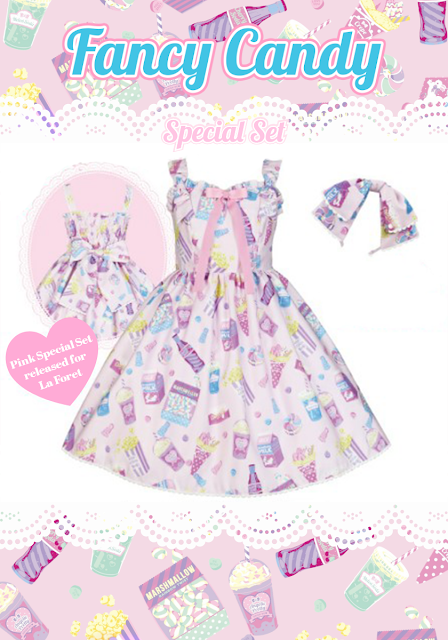 They also released this adorable baby pink Fancy Candy Special Set jsk for an event at Laforet, it is sugary sweet but good luck getting your hands on this. Unless they do more releases its not likely. They even made some pink x pink versions of the cute acrylic jewelry! 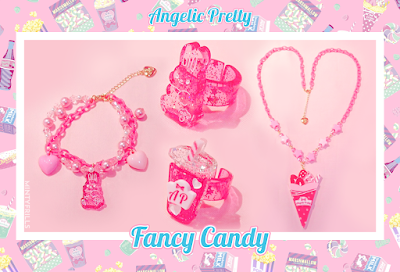 All in all, really cute print!
//Love Mintyfrills