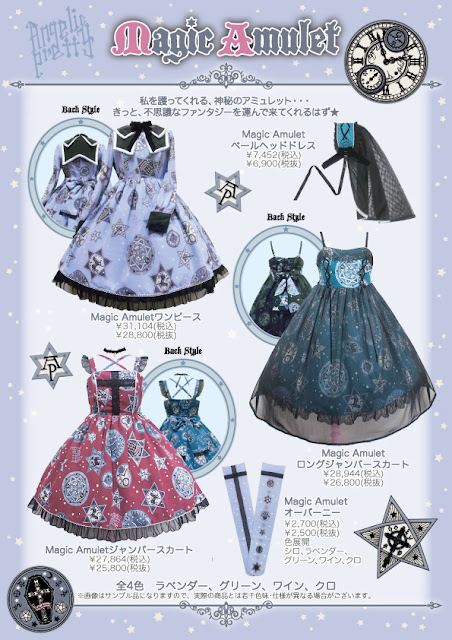 Angelic Pretty is now releasing Magic Amulet! I think its cute and pretty different from most AP prints. I feel like its just coming out in time for Halloween, I like the creepy cute look of it. Though the colorways are dreadful, I love the lavender but the other two look just really off. I think a black, white and maybe pink colorway would of worked better. The OP is really pretty, I think it works well with the style of the print. I still don't like overlays and the lacing looks cheap too. The other jsk is better but I don't really like the cross on the front of it. 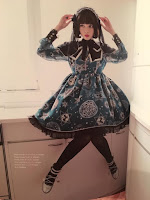 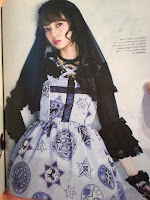 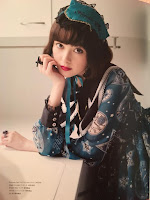