Angelic Pretty have released quite a few prints with berry themes and I'm going to give you some history on them! Hope you enjoy it. See this as a way to learn some print names also. 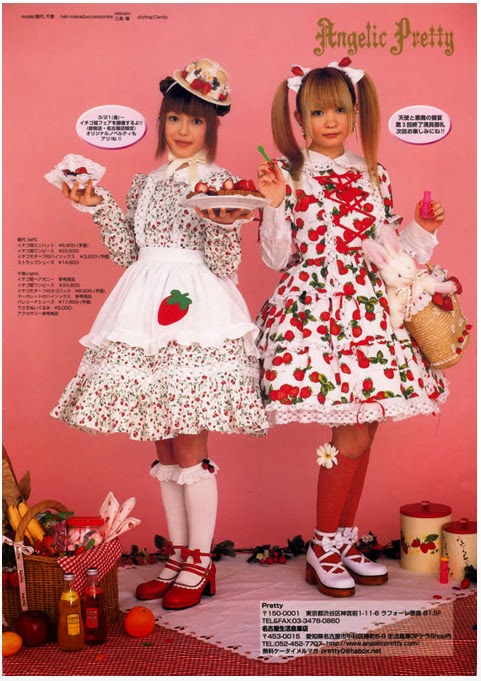 the right side one.

Strawberry Princess
released: 2003
Going back to the old school before custom prints were a big thing in lolita. The simple patern reminds me of drained cherry, but I really miss this typ of detailed OP. This dress is perfect for a country lolita coord going out for a nice picnic. 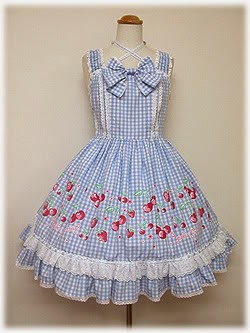 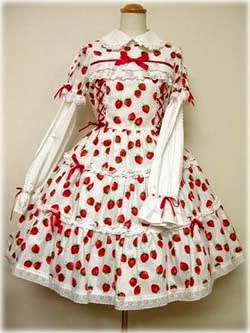 Sweet Berry
released: 2005
The name of this dress is unsure as Angelic Pretty released an other dress with the same name a year later. I think that since prints were not as big back then the names were not really that important to them either. 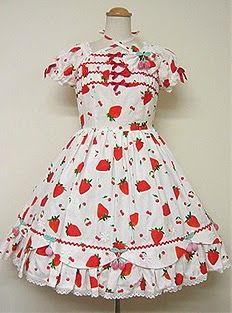 Sweet Berry
released: 2006
A few years later Angelic Pretty releases an other simple berry print. I like the earlier one more but this is also super cute. Prints were still not a big deal at this point. Solid colors were the thing in sweet lolita. 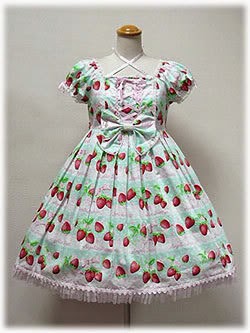 Ichigo Millfeuille
released: 2007
I really love this print and I think the mint colorway actually looks good, red and mint can be hard to coord. This dress can often be found for pretty cheap. 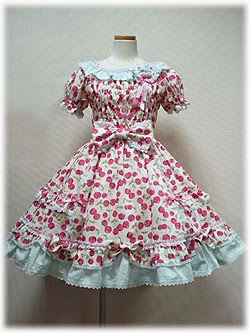 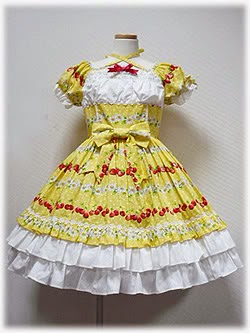 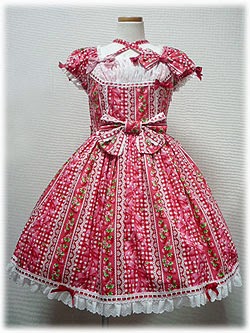 Sweet Ribbon Strawberry
released: 2008
This dress looks like a mess on a small picture but it has a lovely gingham print with rows of strawberries. I own this dress myself and I love it! It really has a old school lolita feel and the print looks great more up close! 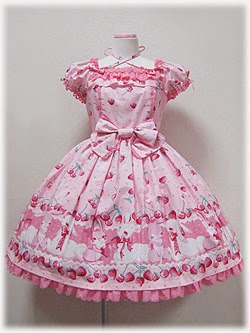 Cherry Berry Bunny
released: 2009
This dress has the genius idea to mix lovely berries with really cute bunnies and the result is great! Boarder prints start to get more common and this is a good example of it, it's at this point where there started to be more focus on the print than on the dress details. 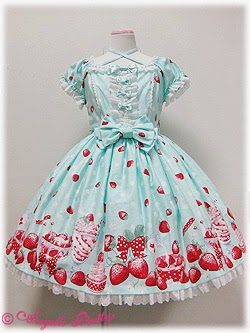 Milky Berry
released: 2010
Angelic Pretty continue to consistently produce berry prints every year. This time an other boarder print, I really love the look of this one. around 2010 is when OTT sweet lolita was really huge! 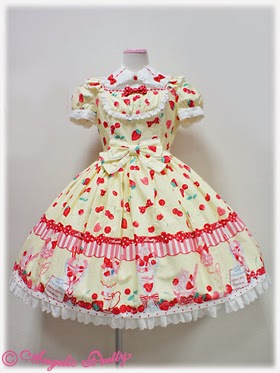 Strawberry Parlour
released: 2011
They again release a strawberry milkshake dress, the detailing on this dress is really cute! 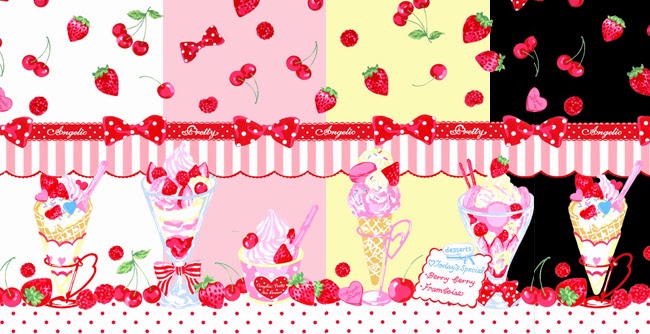 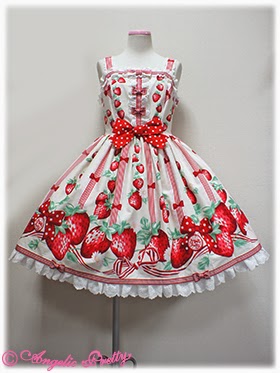 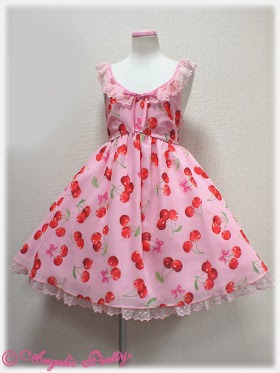 Drained Cherry
released: 2013
Really popular release, seems like people are looking for more casual dresses since OTT sweet is in a huge decline. 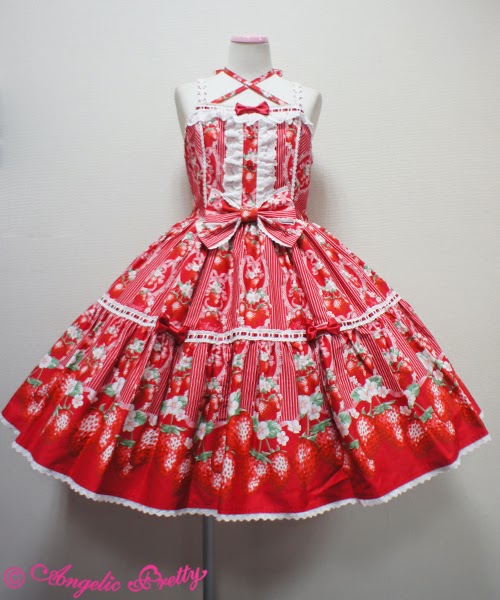 Berry Garden
released: 2014
I think this dress looks way to much like Freshly Picked Strawberries! They are both nice prints but really, they look the same. 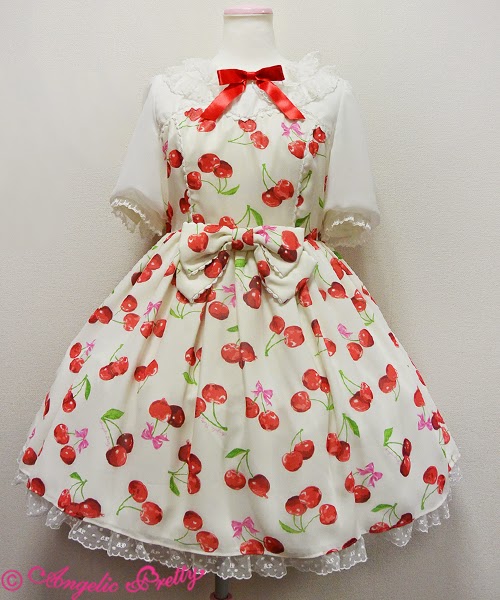 re-released: 2015
Since it was popular it was released again and sold out pretty quickly again. 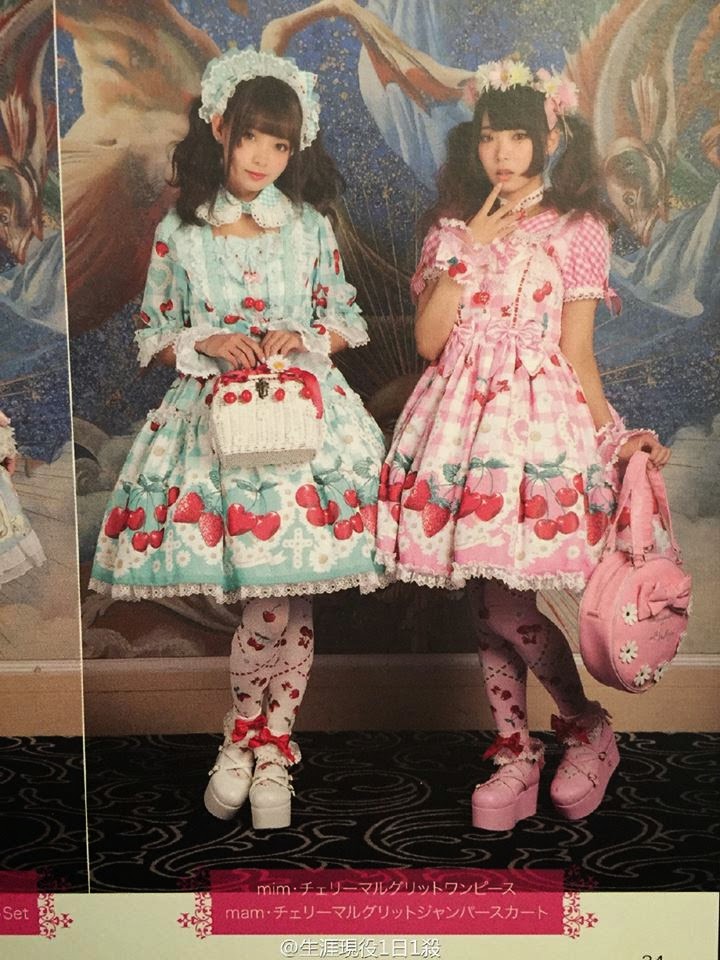 Cherry Marguerite
released: 2015
not yet released as I am writing this but there seems to be a lot of hype surrounding it, we'll see if it sells out quickly or not! Angelic Pretty have been releasing hit print after hit print. when will their customers run out of money to spend? 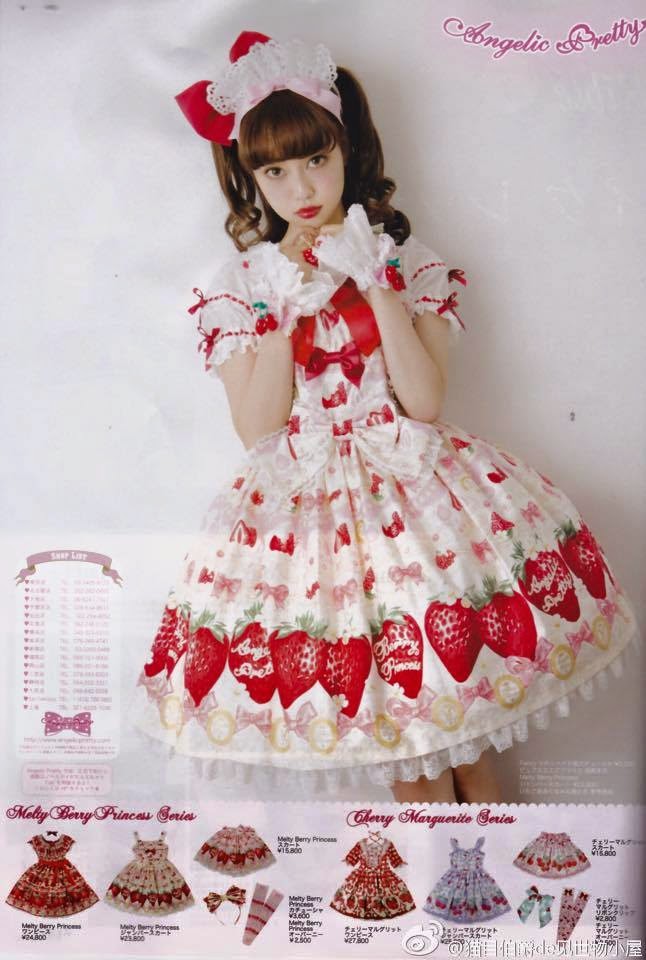 Melty Berry Princess
released: 2015
Also not yet released but really anticipated! I think all their prints have been really on point this year so far, cant wait to see coords with all these berry prints! 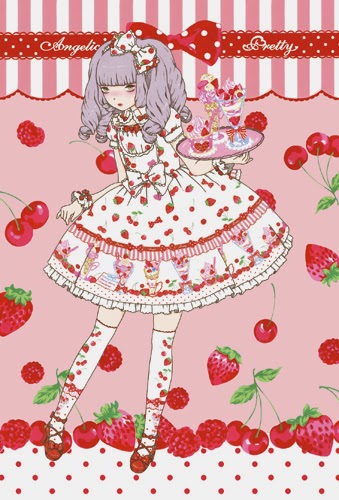