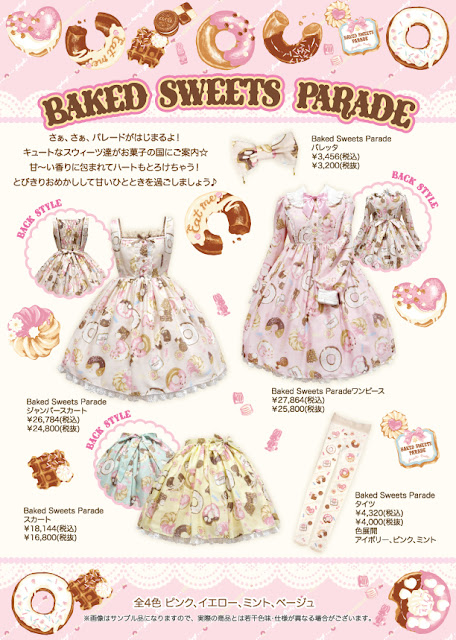 So this week Baked Sweets Parade will be released finally after a long wait! I wrote longer what I thought about it in an earlier blog post, but I am very sad an disappointed in the changes they made to the cut of the jsk. It's simple and boring, everything that I liked about it is gone. All the trim, frills and ribbons are gone. If they went for plain and boring I guess they succeeded. That said I still like the print a lot and the OP still looks cute even though white collar op's are really boring to coord. But with all three cuts I wish there was some kind of frill on the bottom part, its just amazingly basic, its just nothing there.

I wish the original cut would of been the one to be released, they did the same thing with Dolly Cat last year.