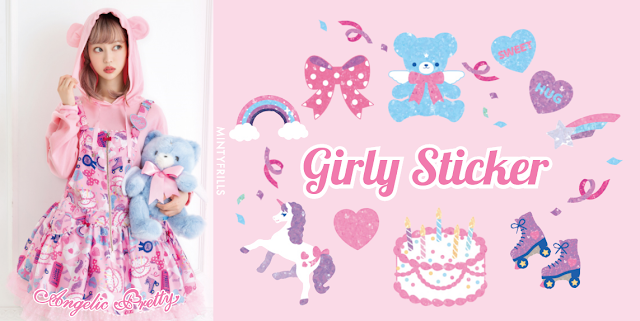 Angelic Pretty's print series Girly Sticker is pretty different in style from their usual style, it seems like it wasn't very popular since its on sale right now. 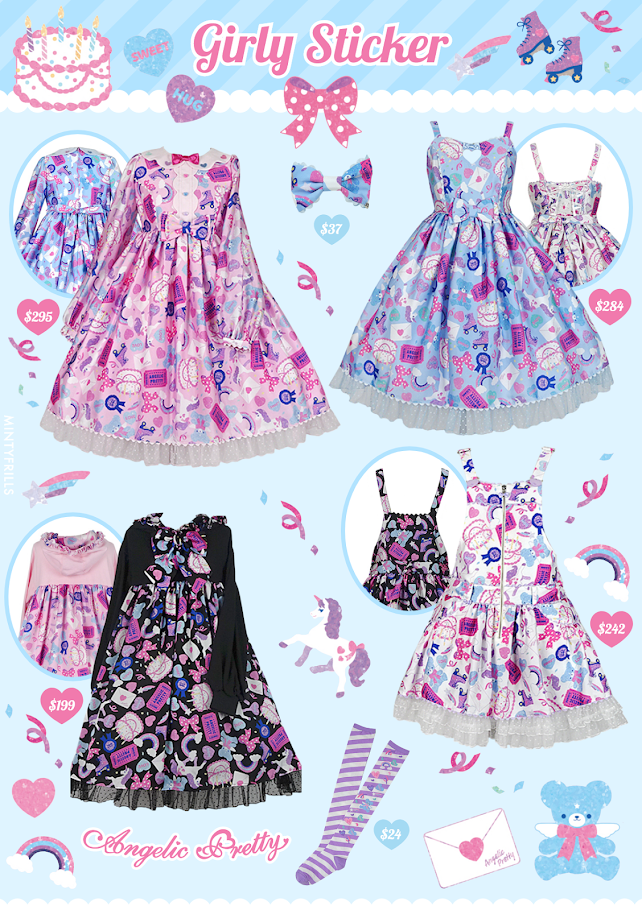 The print is a non-directional all over pattern with designs that are designed to look like glittery stickers.  I think the stickers in the print would be nice as actual stickers but I'm not sure about this one chief... The style of the illustrations makes me think of claires or similar brands that are targeted towards kids. I do not like the bottom lace that they used on ALL the cuts. I think a shorter lace with a proper edge would of looked a lot better. 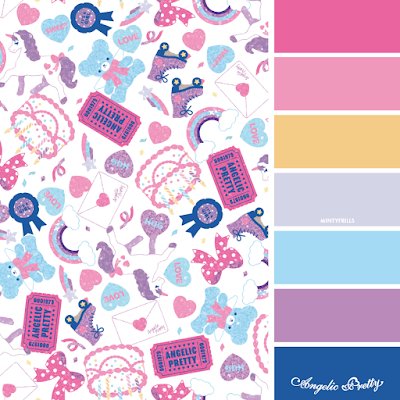 All colorways have a pretty dark navy color in the print which could make for really cool coordinates if you match the dress with maybe a navy blouse or navy accessories in the same shade. If you can match the colors in the print I think you could make some really cool outfits but it's kinda tricky because these are not super common shades.

The OP makes the print feel really messy since it covers so much of the outfit, which would make a jsk better, but the jsk looks kinda cheap. The model is really simple and the bottom lace looks sooo bad. I know I mentioned it already but really... on the salopette its at least doubled up in two layers which is a bit of an improvement. I like the pastel colorways, they would be cute as a casual skirt with different bottom lace. 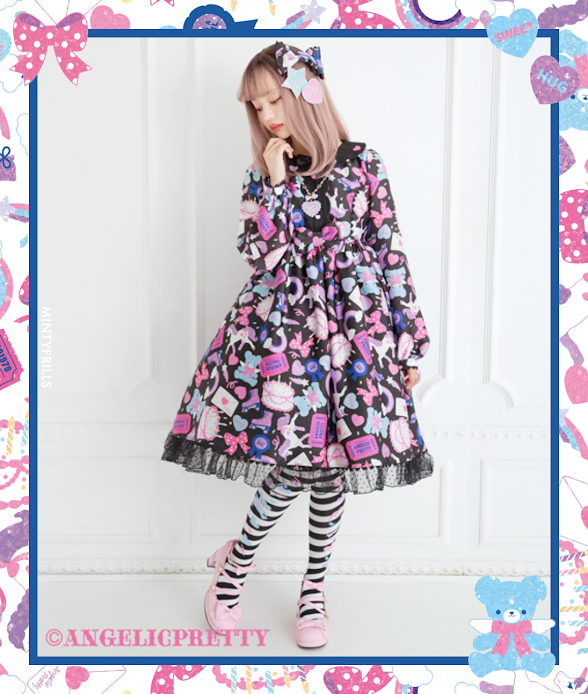 The black colorway manages to not look too pale like many of their prints do on black but instead it looks really messy. I don't really know what they were thinking with this coordinate with the black op, black and white stripe socks and pale pink shoes. There isn't even really a pale pink shade in the print. I think it would of looked a lot better with pastel colored socks and either deep pink or black shoes. I think maybe the jsk could look better since you wouldn't have the print on the arms also.

The best things related to this series is the milky bear ring and necklace, though I wish the ring has a plastic ring finding instead of the metal one. Oh well, the best piece is the necklace. Look forward to seeing some creative outfits with this one at least.
Posted by Minty at 17:30