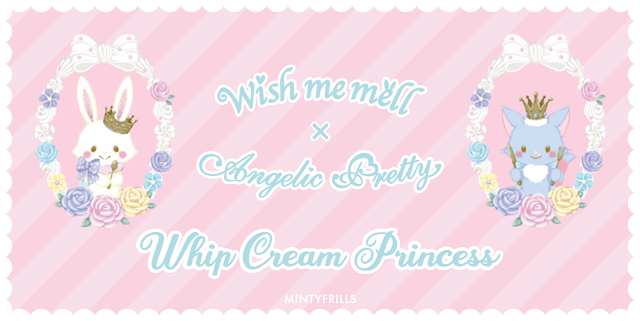 Another Angelic Pretty x Wish Me Mell Collaboration! They have made several collaborations before and it's usually really cute prints. I think their aesthetic goes well together. 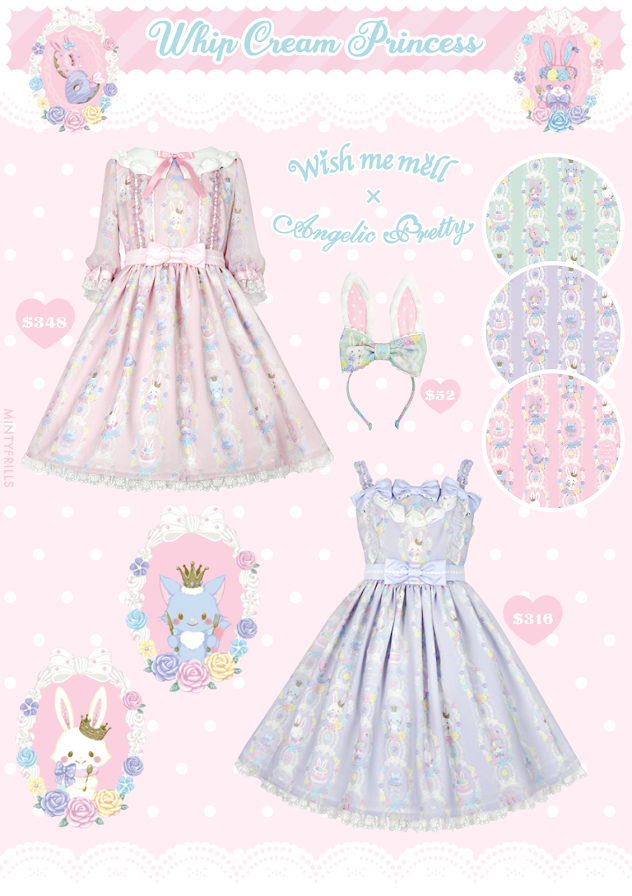 I think this print is cute but some things I find kinda lazy. The pattern style is a pretty basic one-directional cameo layout. There are six different motifs but only two different frames and even the two different ones are very similar still. Between the cameo motifs is a really simple pattern with the same rose between every just in different colors. This print is way less effort than most of the prints Angelic Pretty makes. It's not about how simple the print is, its that the print reuses the same image a lot which is simply less work to do. I'm not sure about the trim that is made to look like whipped cream, I would have to see it in person or better images to know what I think. It looks pretty good on the collar of the OP though I wish the collar was rounded instead of the sharp corner. The waist ribbon is pretty cute, pretty basic cuts but it works with the design. 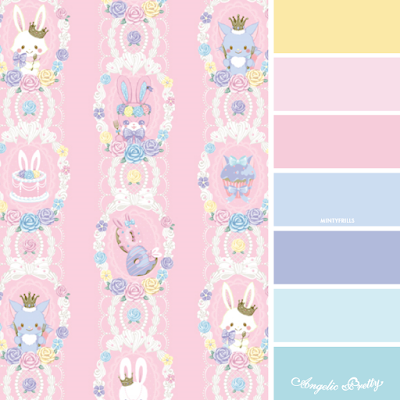 The print comes in three colorways; pink, lavender and mint. The print has the exact same colors on all colorways, usually Angelic Pretty will change them a bit to go with each colorway better. The Print has blue, lavender, pink and yellow. This should make it really easy to make nice coordinates with this dress. The shades of these colors are pretty typical so there should be lots of options. 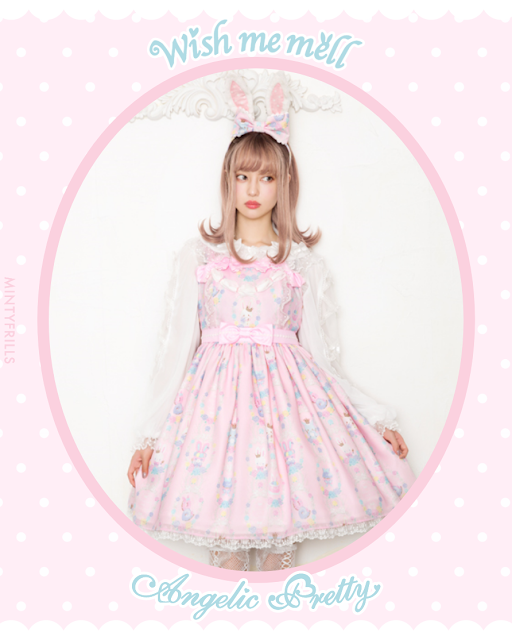 It's a cute dress but I think it's just a bit lazy in some places. I think I like their previous collab print more than this one.