In anticipation for Halloween coming up Angelic Pretty have released Ghost Night Bride. Its got a slightly Gothic aesthetic, but the cut, details and print motifs it still keeps Angelic Pretty's regular sweet style. Though I think with the right styling and coordinate those who want to could probably make this look quite Gothic.
I decided to make my own layouts to show off the new release instead of just reposting the pictures everyone has already seen, I hope you like them! Please drop a comment to let me know if you do.~

I've seen people compare this to Vampire Requiem from Alice and the Pirates, but I don't agree on them being very similar. I think the thing that most makes people relate them is that the color palette of this print (the red details on these kinds of colorways) is more prevalent in Alice and the Pirates collections. It has some elements in common like gates, castles and roses. But if you look closer at the Angelic Pretty print the theme is more 'wedding of people super into Halloween'. It has lots of cute things like cakes, stars and a romantic set table. Vampire Requiem also has clouds over the boarder followed by nothing, its plain one color above that. This is not my kind of color palette, but it looks good and the colors are nicely balanced. 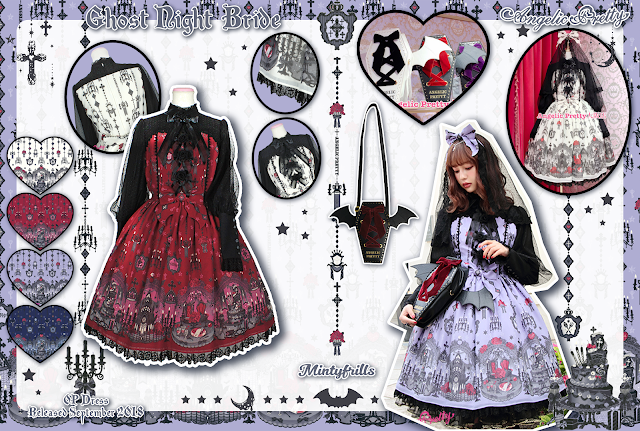 The OP has a the fake blouse style that AP tend to do a lot. Personally I'm not a fan of this type of premade coordinate. Don't get me wrong; this dress is definitely pretty and looks elegant. But I think it limits your options to be creative with making your own outfits and makes it harder to not have every outfit look the same. With difference with having a regular OP and the fake blouse style like this is that they are already picking black as the main accent color in addition to the colorway of the dress. So you would have to do a three color coord (with two colors decided for you). I wish this dress was a bit more special and different from the jsk. They have the same waistline and the biggest difference other than the fake blouse is there being organza bows instead of lacing and no shirring. 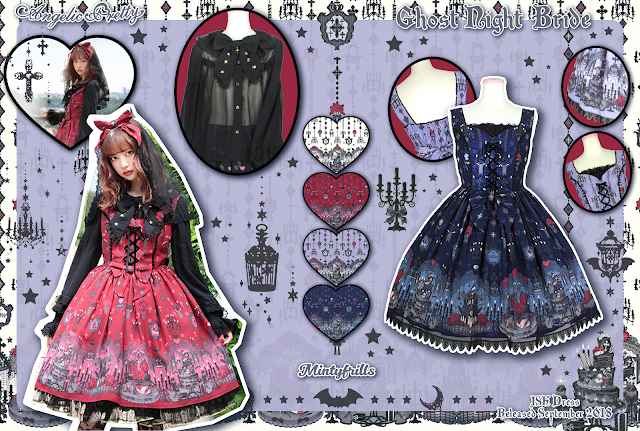 So for the reasons stated above I would prefer the jsk, since it gives you a lot more options for outfits. The cut is similar to OP and really basic high waist Angelic Pretty cut with cupcake skirt. I Think this dress would be super pretty to coord with grey, luckily Angelic Pretty have been doing more items in grey colorways! The print features three shades of grey so there are plenty of options. The latest release of the milky cross blouse has a really pretty silver grey version that I think would look really pretty with any colorway of this dress. I made a little palette below to help you pick out the colors of the print that would be great to make outfits with. 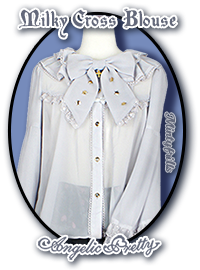 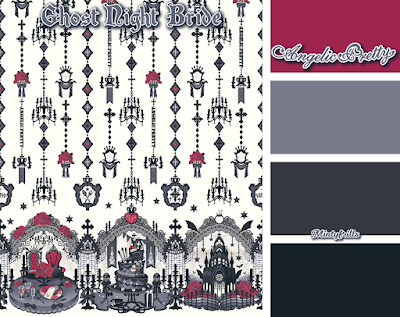 I hope you like this post and all the graphics I made for it. It took a lot of time but I had fun and I'm happy with how it all turned out! I miss blogging but its been hard to do due to health issues that I've been dealing with.
Thanks for reading and please check back soon.
//Love Mintyfrills