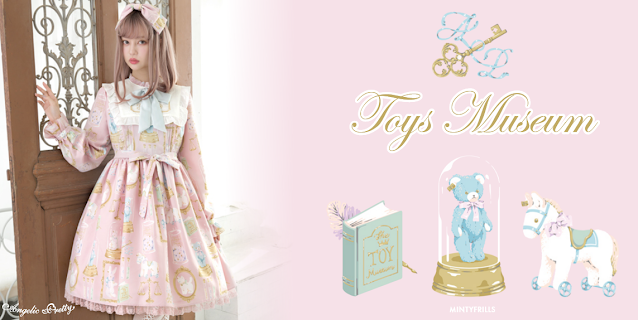 Hello again frilly friends, long time no post! I've been busy but today I bring you a post about Angelic Pretty's recent print dress series release Toys Museum. I miss the pretty collage images that Angelic Pretty would post for all their new releases so I made my own for this one. 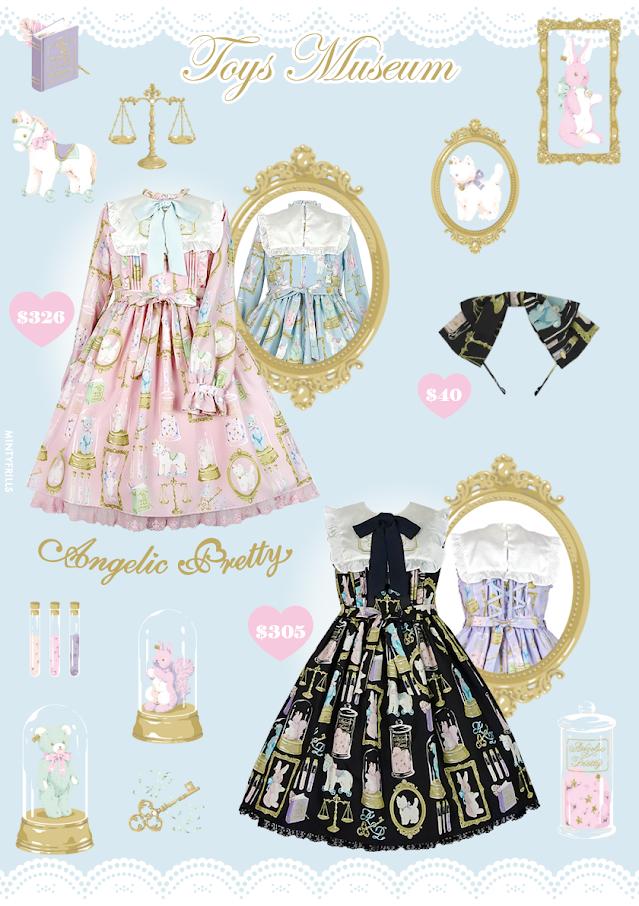 I do really like this print, especially the motifs. The squirrel is adorable, I love all rodents. The toy pony, plush bear and plush bunny are so cute and I want them to be real things I can buy. The print is a one directional allover print in a quite large scale which I think makes it easier to see the pretty illustrations. There is no background pattern which makes the design look pretty clean. It was released in two cuts in pink, black and blue. Later on a lavender jsk was released as a special set. 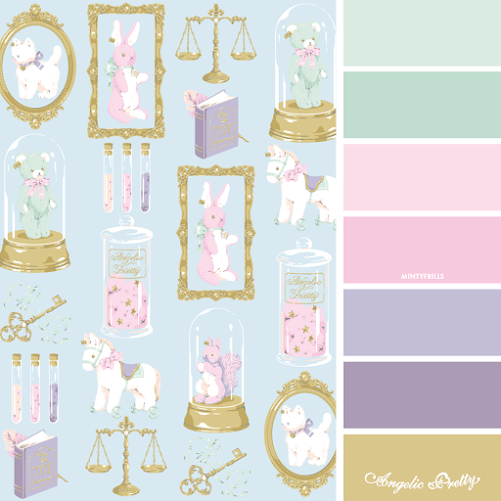 I think the colorways are cute, I think my favorite is the blue one because I think the gold stands out more from the background. Even though the different colorways have shifted shades to fit the background color I still think the print on black is too pale to stand out properly. It looks a bit faded. The pink and lavender are both cute, i have no big complaints with either of them. 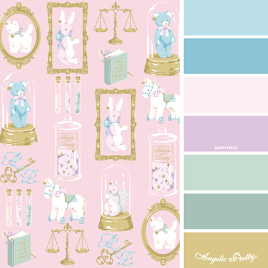 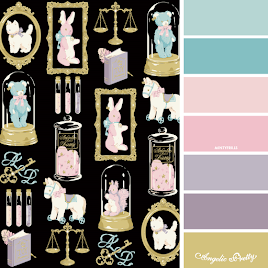 The cuts are not very interesting to be honest. They could do well with a lot more embellishments and details since the flat print background makes it look more simple. Very little lace, just the basic row of lace at the bottom of the dress, the bodice has simple pintucks and a white collar that is removable.

The OP has no shirring which makes it too small for a lot of people and the jsk only has half shirring. On top of that the jsk feels like it would be hard to coordinate since the neckline is so high. It's hard to get blouses to both look nice with and fit comfortable with the cut of the bodice. I'm also not a big fan of the light polyester fabric. I feel like it really dulls the print since its not opaque and I'm not a fan of how it feels to touch. I think this kind of fabric works better for more loose and flowy kinds of cuts. It's a bit of an odd choice since the cuts are very basic. Which is why this dress really should of had more frills. 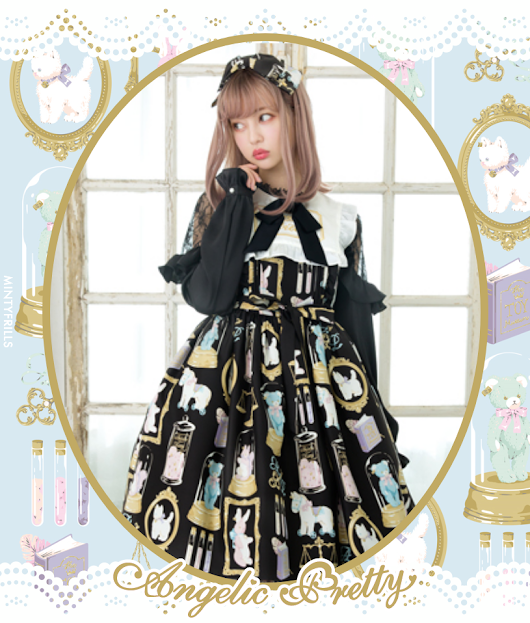 Even though I like the print this is not a dress I would buy unless completely different cuts would be released in the future. But even then there are a lot more dresses I would rather own.
Thank you for reading! Hopefully I will be posting more soon.
Posted by Minty at 01:29