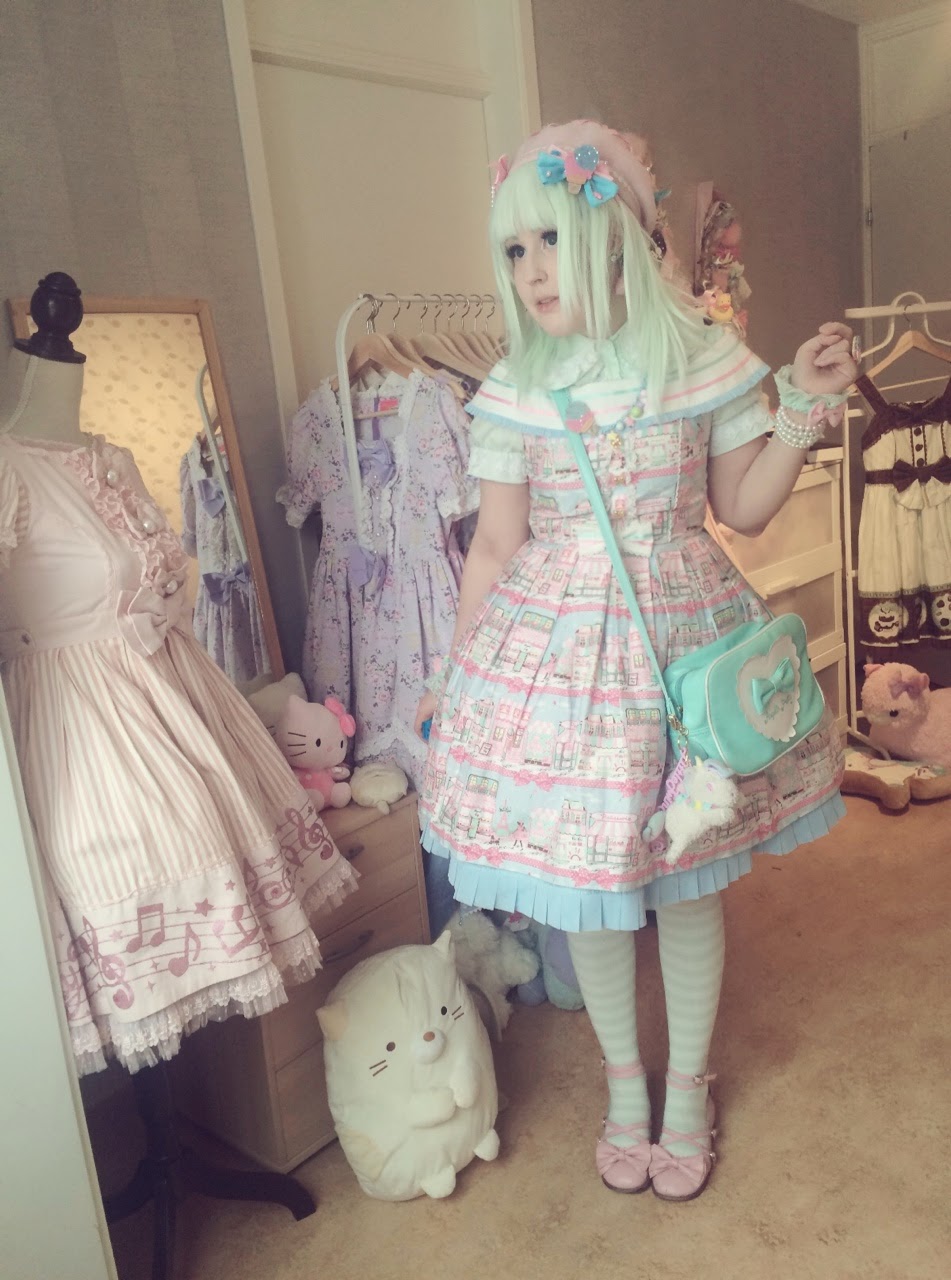 Here in Sweden we don't really have Donut shops, but a few months ago they opened up a Dunkin' Donuts in Täby Centrum. Feeling a huge craving for donuts and having nothing to do that day I decided to venture there! Its 1 hour and 22 minutes to get there, which is the reason for me not haven gone there yet. So I put on a candy sweet lolita outfit and was on my way. It was snowing outside, like a lot. 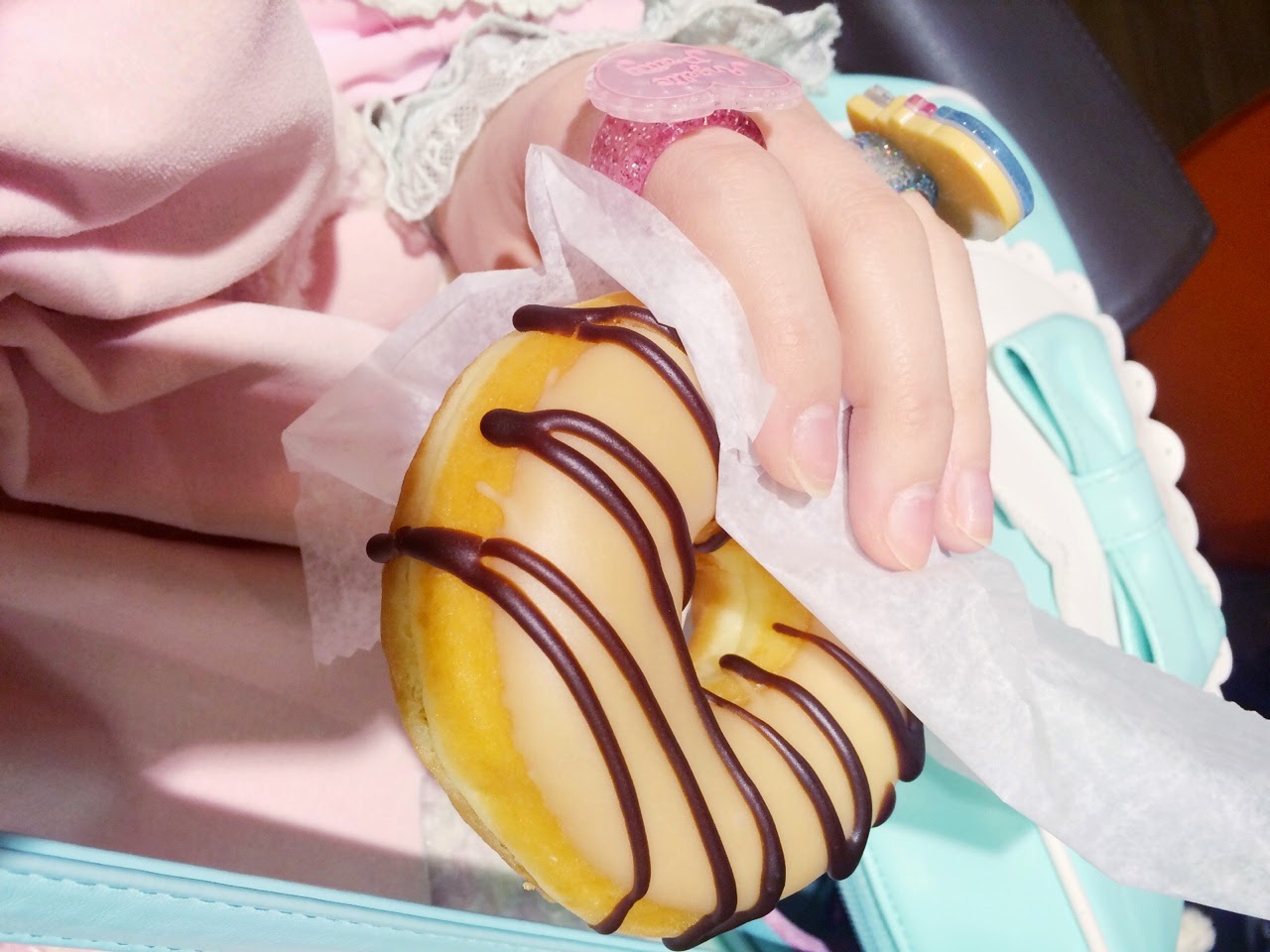 In Täby I finally got to taste my first donut in years, it was a maple glaced donut and it was amazing. I had never even been in Täby Centrum before but it is really huge, me and my friend got lost several times. The prices where not too bad for being sweden, 17/79/149sek for 1/6/12 donuts! 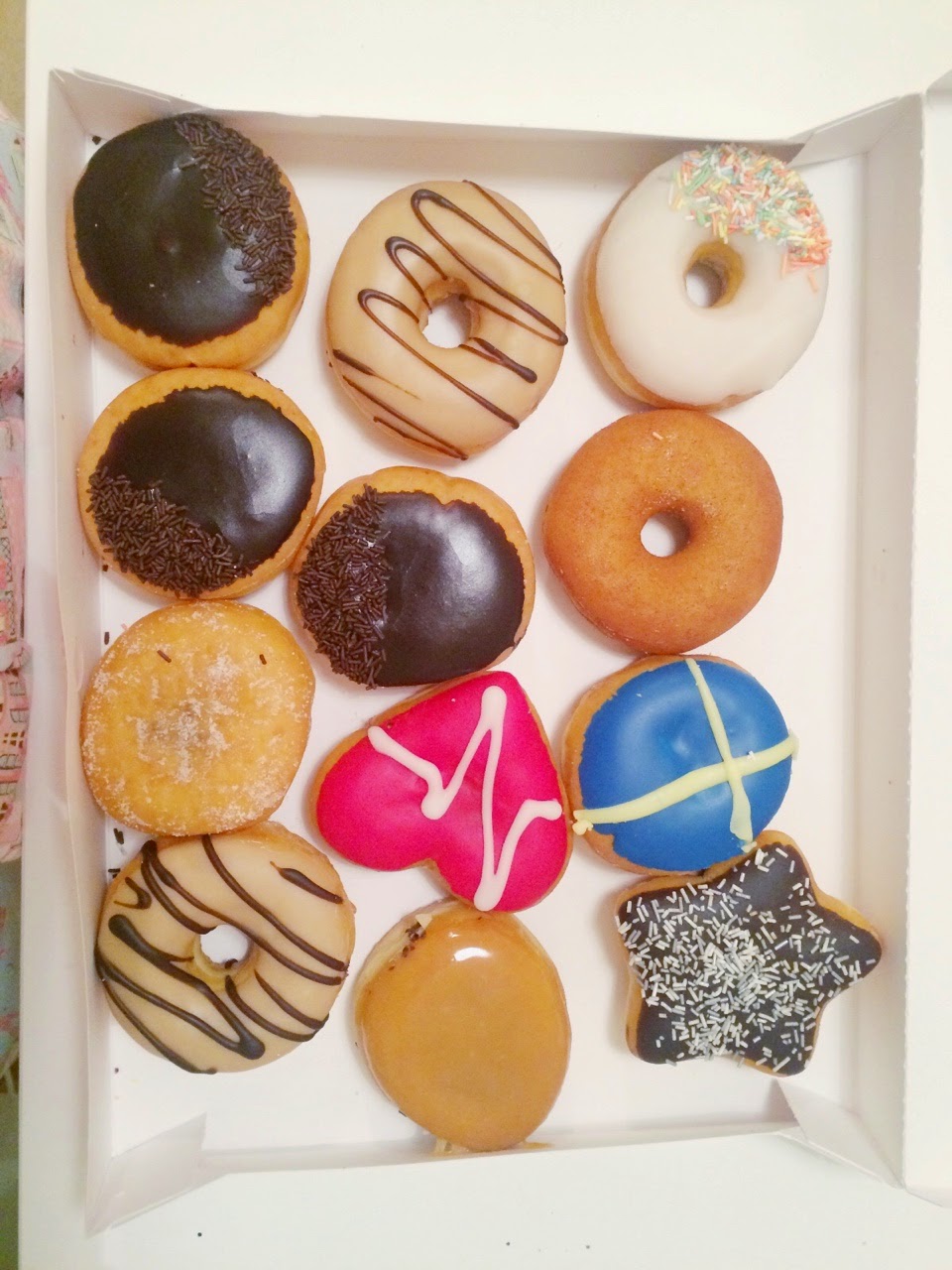 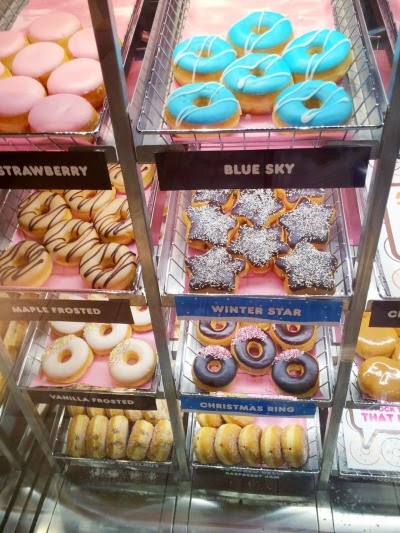 There were so many to pick from that I got 12 to take with me home and I actually ate them all on my own. 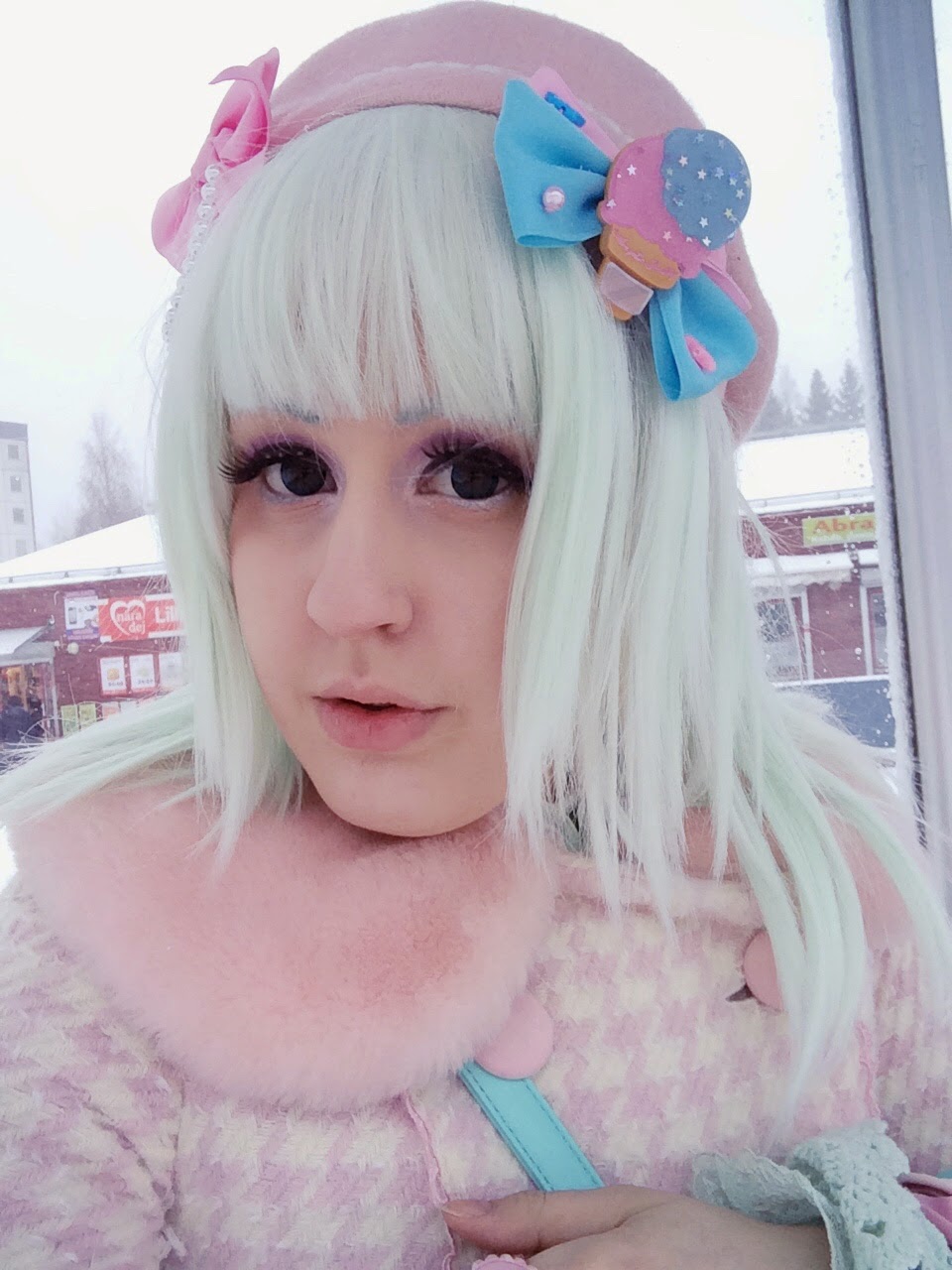 All in all it was a nice day.
//Love Minty