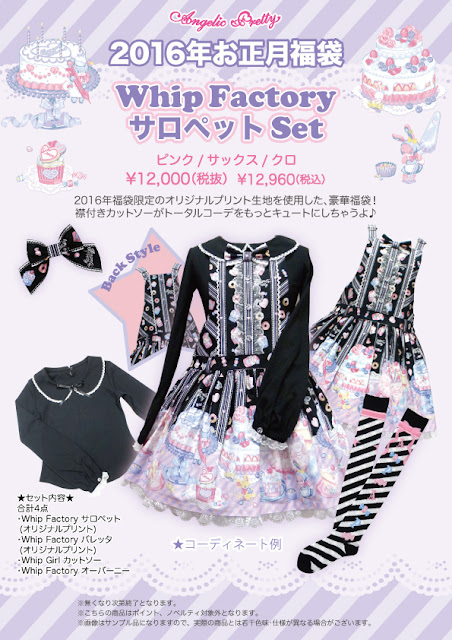 Print:
The print is called Whip Factory and I think it is really cute, it will probably look even cuter in real life. The cakes are pretty and look pretty creative, not just like a copypaste of earlier prints. The Black colorway is as always really harsh, though I like that the bottom part is lavender and pink candy striped. I wish the pink colorway would of had more contrasting candy striped but I think that's more a personal preference as I like high contrast dresses. The pink and sax bottom on the sax dress is quite cute. The little miniature animals around the cakes are pretty. 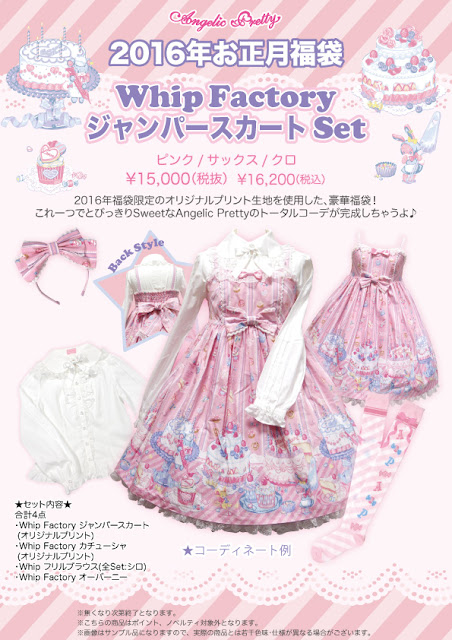 Cuts:
I don't really like the salopette, as I have said before they are often in that in between length. Its too short to be a proper lolita dress and its too long to be a comfy casual look. The pink jsk is my favorite cut, I like the higher waist and it gives enough space for this print since the boarder is pretty covering. Its simple and lovely. The sax jsk I'm not really sure of, its not bad but I don't really like it all that much, I feel like the middle seam is unnecessary and just cuts off the print, the front lacing just looks cheap. Other than that its pretty cute. 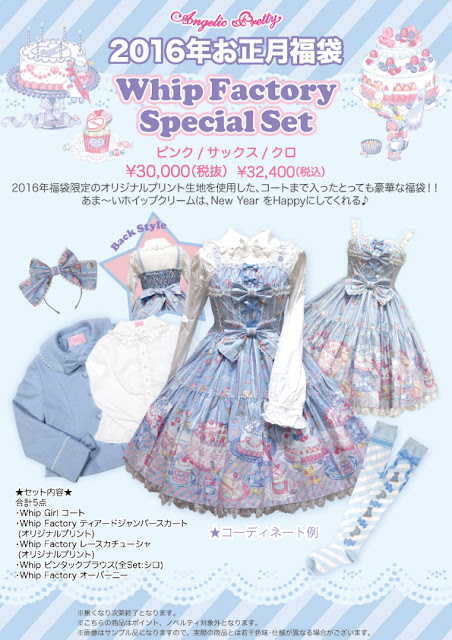 Other pieces:
I like that the cutsew for the salopette set has a collar, even if its simple it still makes it more useful. The socks are really cute in the pink color, I love that they put sax detailing on them.The Blouse is the same basic blouse they have every year. As you all might know I don't really like basic coording with white, its really boring. But of course you can coord the dress with whatever you want. I wish they would of maybe made the jacket a little bit more interesting. It also is the same jacket they always have. I find it weird that a purse is no longer included, why not? 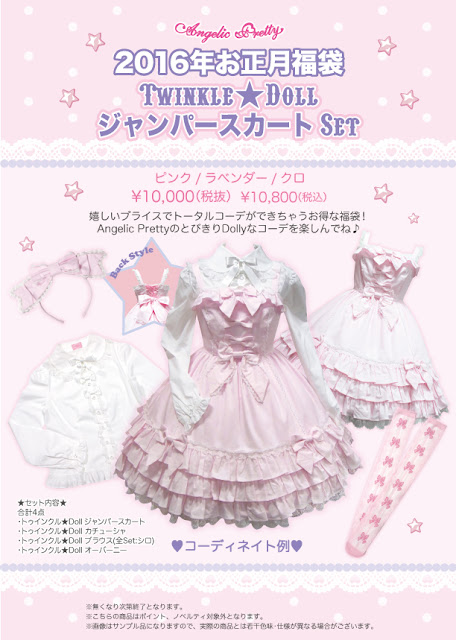 They also have the basic set that I think is awesome for a lolita that is starting out, it has a nice old school feel and comes at a really good price!

I still haven't decided if I want one of the sets but it is really cute.
//Love Minty